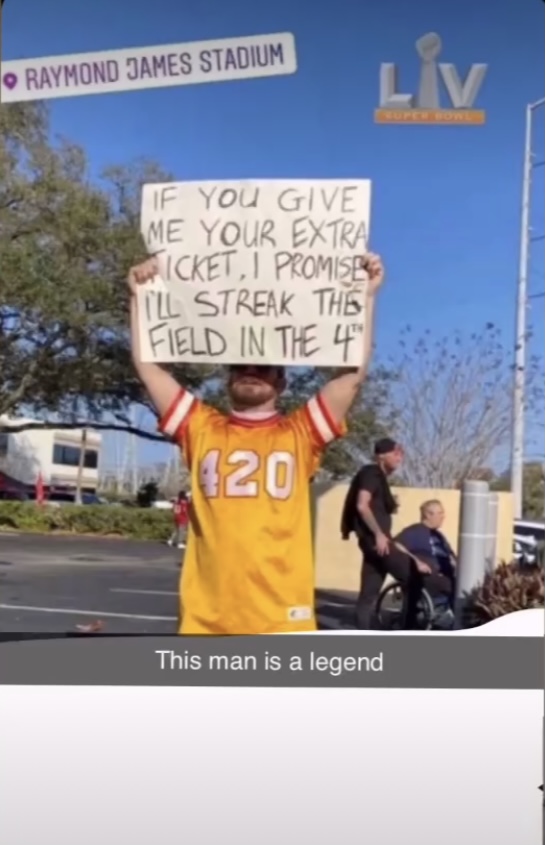 Taken from a story of a fan going to the Super Bowl, the infamous Super Bowl LV streaker holds up a sign asking for an extra ticket and stating his intentions if he gets in. Surprisingly enough, a fan was generous and gave him his extra ticket and the rest is history. The man ended up streaking on the field and went viral.