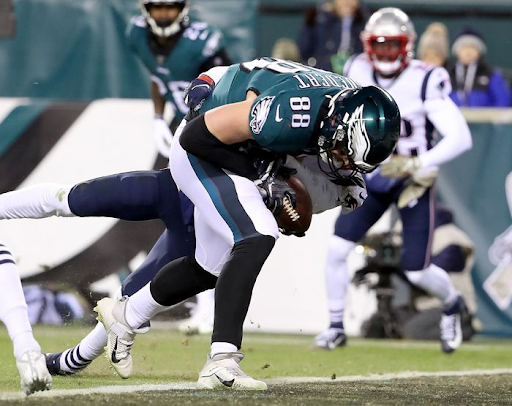 Patriots at the Eagles

Coming off their first loss of the season the Patriots (8-1) hoped to crush the Eagles (5-4) at Philadelphia. The Eagles hoped to continue their two-game winning streak with another win at home. Eagles kicker Jake Elliot made a forty-two yard field goal two minutes into the first quarter. The Patriots were unable to respond to the Eagles field goal and the first quarter concluded with the Eagles up 3-0. The Eagles had excellent field position to start the second quarter and scored a touchdown in just three minutes. The Patriots mounted a successful offense however they were unable to get a touchdown and kicked three field goals in the second quarter. The first half ended with the Eagles up 10-9.