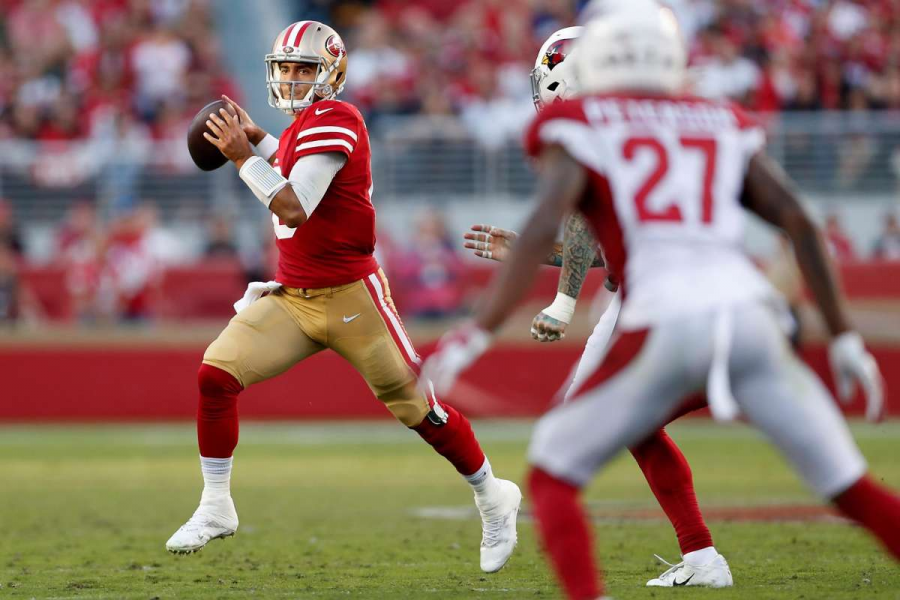 49ers quarterback Jimmy Garopppolo had a challenging yet successful game on Sunday against the Cardinals.

Cardinals at the 49ers