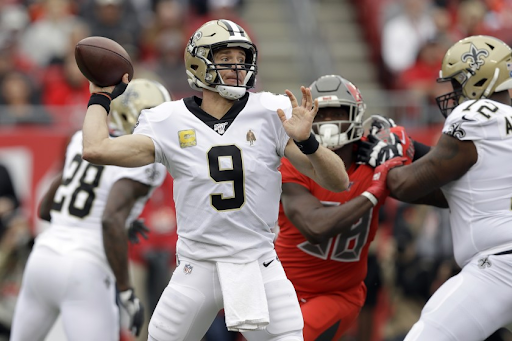 Saints at the Buccaneers

The Buccaneers scored a field goal early in the second half but were unable to stop the Saints from scoring their third touchdown. The Buccaneers were able to score a touchdown towards the end of the third quarter. The fourth quarter was slow with both teams defense playing well however the Saints managed to score one last touchdown with five minutes left in the game. The Saints won 34-17. The Saints are now (8-2) and the Buccaneers are (2-7).