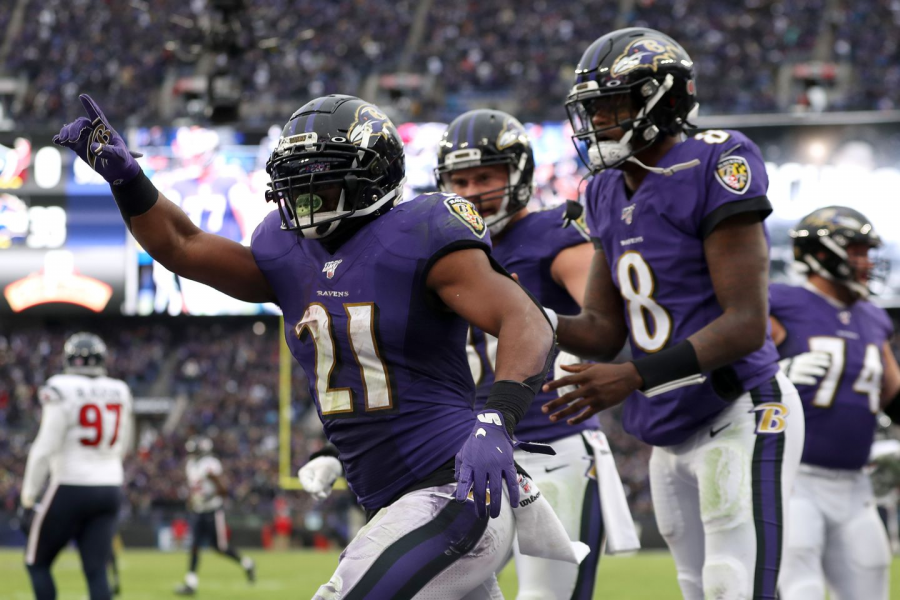 Ravens running back Mark Ingram Jr. celebrates after scoring his second touchdown of the game.

Texans at the Ravens

Coming off their excellent win at Jacksonville the Texans (6-3) had hoped to defeat the Ravens (7-2). The Ravens hoped to continue their six game winning streak with a victory at home. The first quarter was slow with both teams unable to put any points on the board. The first quarter ended 0-0 in Baltimore. Ravens quarterback Lamar Jackson appeared strong coming into the second quarter and scored two touchdowns with Texans quarterback Deshaun Watson unable to respond. The first half ended with the Ravens up 14-0 against the struggling Texans.