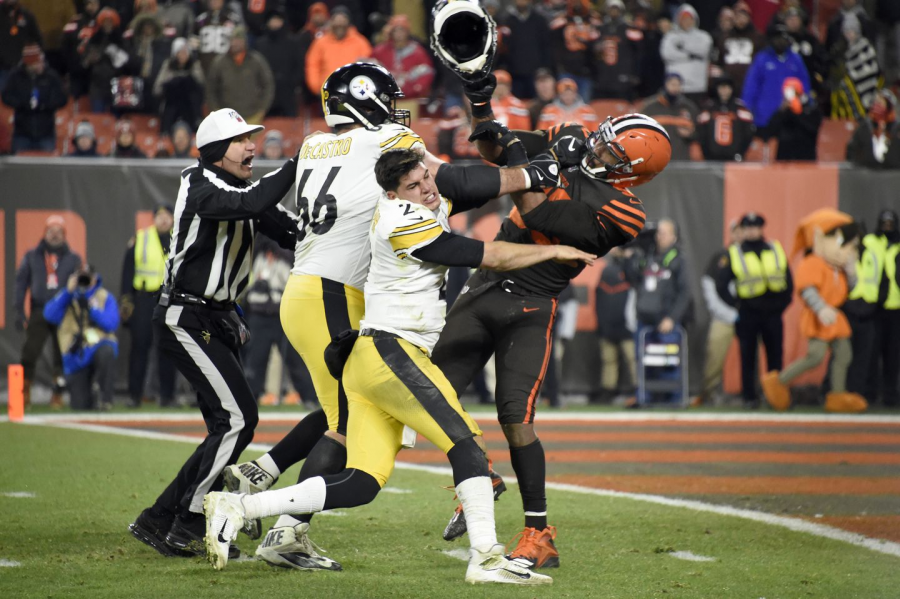 Jets quarterback Sam Darnold had a successful game on Sunday at Washington.

Steelers at the Browns

Coming off their win against the Bills, the Browns (3-6) had high hopes heading into this home game. The Steelers (5-4) had hoped to continue their four-game winning streak with a win in Cleveland. Despite the Steelers defense forcing Browns quarterback Baker Mayfield out of the pocket multiple times, the Browns managed to leave the first quarter with a 7-0 lead. The Browns continued their lead into the second quarter with an early touchdown. Steelers backup quarterback Mason Rudolph was ineffective against the dominant Browns defense, the Steelers offense were unable to convert on a third down until well into the second quarter. The Browns had an opportunity to strengthen their fourteen point lead before kicker Austin Seikart missed a forty-five yard field goal attempt with less than two minutes left in the second quarter. The first half concluded with the Browns up 14-0.

The second half started slow with the Browns continuing to shutdown the Steelers offense. The Steelers managed to get a touchdown in the last six minutes of the third quarter with running back Jaylen Samuels finding the endzone. The Browns continued their lead into the fourth quarter 14-7. Steelers quarterback Mason Rudolph threw an interception in the fourth quarter resulting in the Browns getting another touchdown. In the last eight seconds of the game Steelers defensive end Myles Garret tackled Mason Rudolph, Garret then attempted to remove Rudolph’s helmet resulting in a fight between the two. Several Browns and Steelers players joined the fight with the game ending in a brawl between the teams. The Browns ultimately defeated the Steelers 21-7. The Browns are now (4-6) and the Steelers are (5-5).