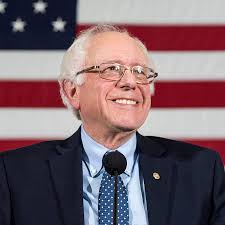 Bernie Sanders is all in when it comes to climate change and that is essential when it comes to dealing with a threat of this magnitude. He has been very adamant about the topic for a while now, his prior action starts with the grant program he created during his first year in the senate. “He successfully pushed for $3.2 billion for the program to be included in the Obama administration’s 2009 economic recovery package.” according to InsideClimate News. This was huge and set the record for the most money spent on renewable clean energy on the community level in the U.S.

His Plan of Action

Bernie isn’t holding anything back when it comes to his climate action plan which includes two main goals. First “a complete transition to renewable power generation and electric transportation by 2030”. Second, “complete decarbonization by 2050”. These goals may seem extreme but according to science, they are necessary. The Green New Deal is also at the core of his plan, it would form 20 million jobs since workers will be needed to manufacture the machines needed to make the switch. How will he do it? He will pay for this clean energy transition by limiting military spending and putting a tax on fossil fuels, this makes money for the solution and drains money from the problem.