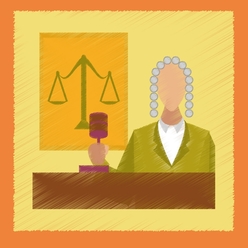 (Photo made by Anastasia8 on VectorStock)

Photo made by Anastasia8 on VectorStock

The Kavanaugh trials exposed why the current U.S. government is nothing short of a circus. This problem cannot be pinned to Trump nor the Democrats, this problem runs deep in the roots of Washington D.C. The partisan nature of D.C. determined that Kavanaugh would be confirmed before anyone even knew who he was.

If a Republican were to vote “no” on Kavanaugh, it would cost them their job. With 35 seats up for election in the November midterms, it would essentially be political suicide for any senator to reach across the aisle and try to attain a bipartisan agreement.

During the trials, there was one senator put under the microscope; that senator was Republican Jeff Flake from Arizona. Flake was in a unique position during the trial because he is not running for re-election. With no job on the line, Flake was allowed to make his own decision and not mindlessly follow his party’s establishment. This should always be the case, but due to the culture of D.C., senators and representatives alike will always have to vote with job security in the forefront of their minds.

Democrats pursued this trial for all the wrong reasons. In fact, I think Democrats never actually cared about justice for Dr. Christine Blasey Ford. The trials were a win-win for the Democrats: whether Kavanaugh was confirmed or not, the Democrats planned to use this trial as a means to invigorate their voter base in preparation for the midterm elections. A strong voter turnout would allow the party the chance to take back control of the Senate. But, we all know young Americans don’t vote, so that plan isn’t going to work anyway.

Overall, I think Democrats relied too much on the momentum of the #Metoo movement and tried to champion themselves as defenders of victims across the country. To be fair, Democrats usually are defenders of civil rights. They used Dr. Ford, a victim, as a pawn in their much larger political scheme.

To be fair, Democrats usually are defenders of civil rights. ”

On the other side of the political spectrum, Republicans also had their fair share of controversial takes, more specifically Senator Mitch McConnell. Before the trials even started, McConnell said Democrats had already chosen their strategy to, “delay, obstruct, and resist … they were going to do whatever they could to stop this qualified, experienced, and mainstream nominee .”

The problem I have with that quote is who said it. Just two years ago, McConnell had this to say “One of my proudest moments was when I looked Barack Obama in the eye and I said, ‘Mr. President, you will not fill the Supreme Court vacancy. ”

Just to give you some quick background on that quote, McConnell, who was the Senate majority leader at the time and still is today, blocked a vote on Obama’s supreme court nominee Merrick Garland, someone who Democrats and Republicans alike would confirm is qualified, experienced, and mainstream. So, in retrospect, it looks like McConnell is belittling the Democrats for the very thing he calls “one of my proudest moments.”

The Democrats and Republicans definitely had a part in transforming the trials from a serious matter into a laughing stock, but nobody played a bigger role in the circus than the clown himself: Brett Kavanaugh. Calling Kavanaugh a clown might seem a little excessive, but every circus needs one. Nobody made Kavanaugh look worse than Kavanaugh himself. He turned seemingly easy “yes” or “no” questions into meme-worthy sound bites, whether it was him talking about his lifelong love for beer or asking a senator if they have ever blacked out from alcohol consumption.

The trials as a whole were a good warm-up act, but the circus would have been nothing without the headliner, the FBI “investigation.” First off, it is important to note that the White House essentially has control over the investigation and controlled who was and wasn’t interviewed. The White House obviously took advantage of this power because the investigation proved to be nothing more than a superficial questioning.

The main goal of the FBI was to look into Dr. Ford’s sexual assault claims on Brett Kavanaugh, but neither Ford nor Kavanaugh were questioned which seems pretty ironic. Unfortunately, the exact details of the investigation will not be available to the public, so it is impossible to know what was found but with Kavanaugh’s confirmation, it is pretty easy to infer that there was nothing of any value.

In the end, this problem is bigger than just one trial and there is no quick fix. This is a debacle of democracy on all levels, not just within the Washington elite. We can not expect our democratic government to run smoothly when it has little resemblance to democracy. The U.S. trails just about all developed countries in voter turnout with just over half of the eligible population actually voting in 2016.

Sure, the government looked like a joke and exposed itself with the Kavanaugh trials, but how can we expect more than a half-hearted democracy when we the people only give a half-hearted effort.

Many American women and girls woke up Saturday, Oct. 6, the day Supreme Court nominee Brett Kavanaugh was confirmed,  unaware of the ramifications to their credibility that would take place only hours preceding. The rights and respect for women in America are equivalent to a big ol’ game of chutes and ladders. For over 50 years, women have been fighting for equality, but the decision to confirm Brett Kavanaugh is a blow to all of the work women have worked so hard to achieve. To us, the children of this country, it is a helpless fight for equality.

This is less about politics; we see it portrayed as a partisan battle of ideology and control of our democracy but to be quite frank this is more than that. As a young woman, I was unable to feel that this debate over whether or not the supreme court nomination Brett Kavanaugh should have been confirmed was not personal. I felt and still feel it is a personal attack on women by Congress. To us, the children of this country, it is our safety.

As the controversy over Brett Kavanaugh heated up many influential figureheads made some surprising and detrimental statements. The comments, tweets and interviews our congressmen and influential figureheads have made are sending a message to us. We, as a country,  have an opportunity to emphasize the importance of respect and integrity, but many have haphazardly sent very harmful messages to our young boys and girls. To us, the children of this country, it is tremendously disrespectful.

“It is a scary time for young men in America…,” President Donald Trump proclaimed after allegations against Supreme Court Justice nomination Brett Kavanaugh were brought up by Christine Blasey Ford after she submitted an anonymous tip to the Washington Post early July 2018. While I can empathize to the fearsome of our young men might feel, I find it unproportional to the fear that the young women in America are subject to. To us, the children of this country, it is a scary time for us all.

I wish I could say I was shocked, to hear President Trump’s comments but I am not, and I definitely am not forgiving of it. I am not sure exactly what he thinks it feels like to be a young woman in America right now, but it is definitely not a secure feeling. By making such a statement, he is sending a message to the young men that their actions at a young age will not have consequences, while too young women, he is saying that the things that happen to young women are irrelevant. No matter the stance you have on Kavanaugh’s worthiness to a Supreme Court seat, these messages from the President of our country are definitely not beneficial. To us, the children of this country, there seems to be a double standard for our actions.

I am saddened by the expectations we have for our adolescence. I have no idea what the point of saying such insensitive things is but regardless of the internet, it is destructive. Where have the days of role models gone? Where have the days of respect gone? As a young woman the happening of the Supreme Court nomination confirmation, I feel qualified to say that is a scary time for children in America when politicians care little to none about our wellbeing and safety. To us, the children of this country, it is our future.