Relaxing in a “Vacation in Hell” 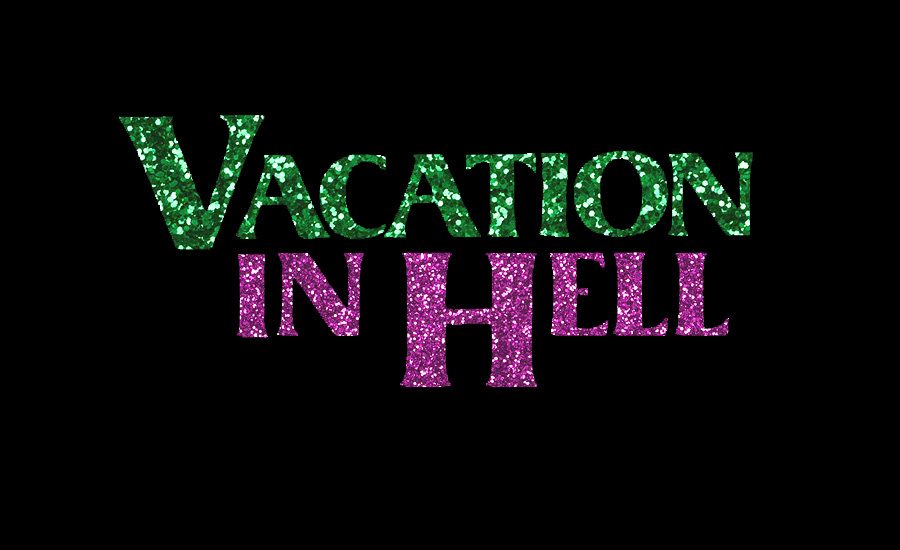 Many people love to hate on modern hip-hop, trashing everything and saying how boring and unoriginal it is. This is often confused with Trap music, a subgenre of hip-hop which has triumphed and dominated the genre for a long time which people eventually get bored of and evolves into a different sound over time. If you have dismissed the genre until this point, listening to “Vacation In Hell” by the Flatbush Zombies might change your mind. This album has a very distinct sound other than any other artist right now, and as one of the members Meechy Darko states on the track “HELL-O,” “Man ‘f**k that (*mumbles*) that mumble rap, it’s that skully low rumble rap.’”

The Flatbush Zombies are a hip-hop trio originating from Flatbush, a neighborhood in Brooklyn, New York. Theses members consists of Meechy Darko, Zombie Juice, and Erick Arc Elliott. In the past they have released several mixtapes and their debut album “3001: A Laced Odyssey” back in 2016. Now, they have returned to release their sophomore album “Vacation In Hell,” released April 6. This was announced much earlier in January 31, and before then released two singles, “Headstone” and “U&I.” Along with the release of their tracklist revealing features like Denzel Curry and Joey Bada$$, it made everyone anticipate this record further for hope of lots of bangers.

But surprisingly, this was almost the quite opposite. “Vacation In Hell,” ironic of its name, actually brings us lots of wholehearted personal tracks such as “U&I” featuring Dia, “Trapped,” “YouAreMySunshine,” and many more. The Zombies brought us a side of them that we haven’t had seen a lot of, and they were surprisingly good. For example, track “The Glory” featuring Denzel Curry was expected to be a very aggressive song but it was a 180 from that. It gave us truthful verses from all members and one from Curry, and he hits us with a soft voice, delivering personal and punny lines. Along with the personal verses, the instrumentals on this song is one of the most beautiful on the album. It has a very peaceful piano in the background — and even at some point angels humming/singing — but still delivers a strong hard hitting beat that they spit bars on.

Now the bangers on this album are what makes this album so great. The leading single “Headstone,” really set the bar high for how we expect the aggressive tracks to be on the album. In all, this single was a homage to all the past “MC’s” in hip-hop, making references to artists such as Lil Wayne, Biggie, Snoop Dogg, Wu-Tang Clan member GZA, and a load more. Almost every line, quite literally, has a reference to a hip-hop artist or somebody significant, making this song very unique and mind blowing especially if you have a lot of knowledge of hip-hop figures and history. In my opinion, this was one of their strongest songs on the album, and potentially the biggest hit of the year for me. From the chaotic and mesmerizing instrumentals, the wicked flow of Zombie Juice, and the hilarious lines from Meechy Darko, this again was a huge bar to set for their album.

For the most part, they actually delivered this really well, and gave us a lot of memorable songs. The intro track “HELL-O,” starts off with the heaviest beat out of any song on the album. It is the most aggressive, hard-hitting, nasty track by far. The lyrics are absolutely insane, and in my opinion Meechy Darko beats Juice and Erick by far, but doesn’t mean they didn’t snap on the track as well.

The features on this album in my opinion are very lackluster and don’t really shine that well. Songs like “Facts” alone are great songs, and with it featuring Jadakiss I was excited but was left with a very bland verse. Also, one of their most mainstream songs on the album by far — “Vacation” featuring Joey Bada$$ — had potential to be a very good song, but in my eyes, Joey did not live up to what he usually delivers, although this shouldn’t distract us from the great features on this album like Denzel Curry on “The Glory” and Dave B on “The Goddess,” because they are really beautiful.

In comparison to their previous album, this album was a great improvement. We had hard-hitting aggressive tracks that they are known for, and we also had some experimental and beautifully orchestrated melodies as well. All three members gave us some fantastic words, and no one out-shined the other, other than the features on this album. In all, it was a fairly cohesive record that where I think everybody would love at least one song on. Rating wise I would give this a decent 7/10 for the fact that while it had some amazing songs, some of the features and weaker songs held it back from what it could have been. You can listen to “Vacation In Hell” on any streaming services, including Youtube and Soundcloud.