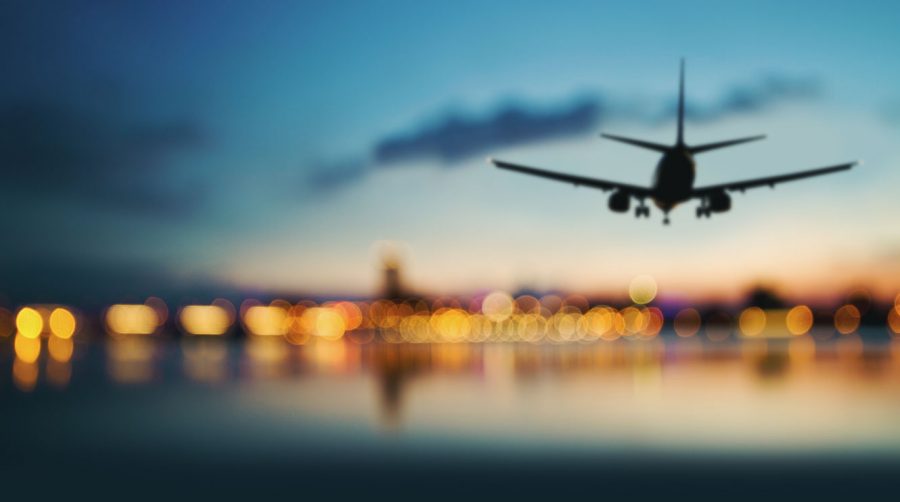 Airplane landing during a sunrise.

Universities are already extremely competitive to get into as it is, but now think about the difficulty for a person from outside of the country. Yes, universities do crave diversity from their applicants but what price are they willing to pay to obtain it?

Diversity in universities has grown don’t get me wrong, but they want the diversity that lives in the United States rather than international students. According to Brookings,“the number of foreign students on F1-Visas in U.S. colleges and universities grew dramatically from 110,000 in 2001, to 524,000 in 2012.” Even though the number of international students has risen over the last 11 years, the cost of attendance has skyrocketed as well.

In the United States, there are in-state and out-of-state fees for certain universities. For the prospective students that live in the state of the college they want to attend, they only pay a cheaper, in-state fee. Students who want to attend out-of-state schools pay a higher tuition fee, but not more than what an international student has to. According to Top 10 Online Colleges, “U.S. college tuition and fees have increased 1,120% since records began in 1978.” If that has gone up in the United States and our citizens need loans and scholarships in order to attend university, what are the chances of foreigners getting into university?

However there are several scholarships that are individualized to the students’ needs based on their family’s income and visa status. The College Board currently has 89 scholarships for international students. As good as that may seem, the money is very limited. Looking at the listing of scholarships the maximum amount is around $1,000 dollars and even if a student receives five scholarships, that would only be $5,000 dollars. Again, according to the College Board, the “moderate college budget for an in-state public college for the 2015–2016 academic year averaged $24,061. A moderate budget at a private college averaged $47,831.”

On a more emotional level, leaving home is rough enough as it is but living possibly three plane rides away can add an extra element of stress. Also, either living on campus or even living in an apartment can add an extra cost on top of everything else the student is paying for. The fees keep piling up, and the foreign students have even more difficulties in making college a reality.

Some foreign students seek out jobs to pay for these expense fees, however it’s hard to find a job when you’re an international student. In addition, on an F1 visa, according to the U.S. Citizenship and Immigration Services, “Foreign students in F-1 nonimmigrant status may work on campus without the approval of a Designated School Official (DSO) or USCIS.”

Let’s recap what the pros and cons are for being a foreigner applying to a university in the United States:

Their tuitions are through the roof
Diversity is growing

They need a co-signer on loans
Diversity is growing