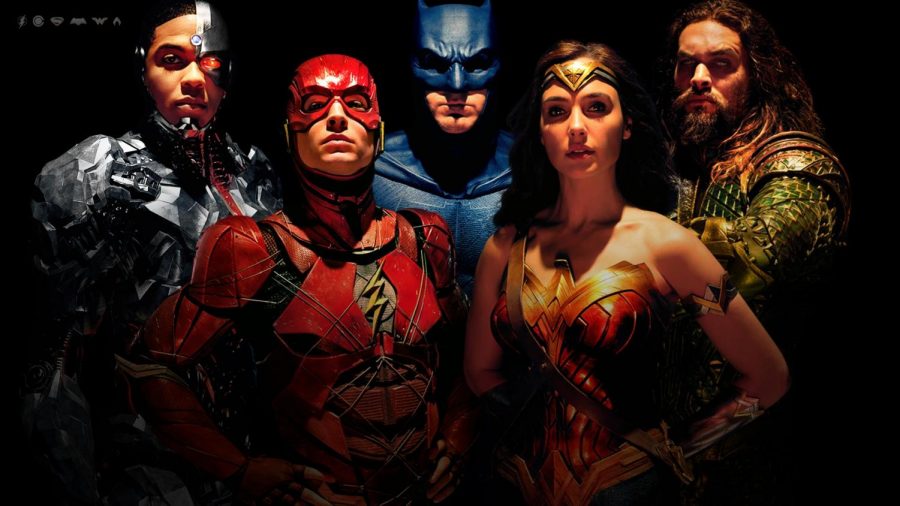 Even though the film is already been released, the drama that happened behind the scenes is still be talked about today. https://www.dccomics.com/movies/justice-league

While many see “Justice League” as a failure, both critically and financially, many don’t know the rich history this film has been through to get to the big screen; from the many switching of writers and directors to many different forms of cast and crew. So, sit back and relax while I give you a little history lesson on how “Justice League” got officially made.

In Feb. 2007, Warner Bros. Pictures asked Michelle and Kieran Mulroney to write a script for the film. This news came when Joss Whedon’s “Wonder Woman” and David S. Goyer’s “The Flash” were reportedly cancelled, which turned out to be true. A couple months later, the writers submitted their script, entitled “Justice League: Mortal,” to Warner Bros. executives, who reportedly liked the script. The company wanted to get filming underway before the 2007-2008 American Writers of Guild strike happened, which many knew affected another film in production in that same timeframe: “Transformers: Revenge Of The Fallen.

In June 2007, Warner Bros spoke out and said that they had no intention of doing a sequel to “Superman Returns,” which came out in 2006 and did not do great financially. Also, they spoke out and clarified that Brandon Routh’s Superman and Christian Bale’s Batman will not be apart of this film. The company wanted it to become a brand new film franchise for hopes for it to spawn sequels and spin-offs. Jason Reitman was the original choice to direct this film. However, he ultimately chose not to do it because of his disinterest in doing big superhero films.

In Sept. 2007, George Miller signed on to direct the film with a reported $220 million budget. Casting for the film was also underway as well and there was a full cast prepped and ready for filming. D.J. Cotrona was cast as Superman while Armie Hammer was cast as Batman. Jessica Biel was offered the role of Wonder Woman, but she ultimately declined the offer. The role was ultimately given to Megan Gale. Teresa Palmer was cast as Talia Al Ghul, who had originally auditioned for the role of Wonder Woman. Rapper and artist Common was cast to play John Stewart, otherwise known as Green Lantern. Adam Brody was cast as Barry Allen, otherwise known as The Flash. The role of Aquaman was yet to be casted during this time. Due to the writer’s strike, filming was pushed back to July 2008 for a summer 2009 release.

Because of the massive success of “The Dark Knight,” the company turned their focus to make more individual films with their superhero characters, which allowed Christopher Nolan to finish his trilogy. The company stated that they are wanting to take their time with making this film and are instead focusing on solo films first. This would be the last time we would hear about George Miller’s “Justice League: Mortal,” which ultimately got scrapped and cancelled.

In 2011, Ryan Reynolds’s “Green Lantern” came out and was a critical and financial bomb. During this time, film adaptations for “The Flash” and “Wonder Woman” were still being worked on. However, a Superman reboot was confirmed in 2011, which would later be known today as “Man Of Steel.”

In 2012, Will Beall was asked by Warner Bros to write a new script for a new Justice League film. The Warner Bros. president at the time explained that the new Superman film would be the tone for their upcoming DC films, which would later turn into a shared universe.

In 2013, “Man Of Steel” hit theaters and was met with mixed praise and was a financial success. David S. Goyer, who was one of the screenwriters for “Man Of Steel,” was then asked to a write a new Justice League script, which lead to scrapping Will’s version. He was also asked to write a follow up to “Man Of Steel,” which would later be known as “Batman v Superman: Dawn Of Justice.”

In April 2014, Zack Snyder signed on to direct the film. The original idea was to make it a two-parter and be heavily inspired from the New Gods comics. Chris Terrio was hired to rewrite the script. “Justice League: Part One” was scheduled for November 2017 and “Justice League: Part Two” for June 2019. Ultimately, the film became one singular project instead of a two-parter, which it was originally planned to be.

Two years later, filming officially began. While most of the film was done in one of the Warner Bros studios, they went to various locations for shooting such as the Westfjords of Iceland and London. Everything seemed to be going as planned until something tragic happened. In May 2017, Zack Snyder left the project due to a family tragedy that happened, which was his daughter committing suicide. Instead of postponing the film, Warner Bros decided to keep their initial release date. Joss Whedon was brought on board to do reshoots and look over post-production.

In July 2017, Henry Cavill, who plays Superman, came back for reshoots but couldn’t shave off his moustache due to him working on his next upcoming project: “Mission Impossible: Fallout.” Instead of using Snyder’s original footage, the VFX team decided to digitally remove it and was seen in the final cut. In August 2017, Joss Whedon was credited as a screenwriter for “Justice League.”

In November 2017, the film was released worldwide and received negative buzz from both critics and audiences. It also brought in $657 million at the box office.

In December 2017, reports from various sources were stating that a Snyder Cut would be released on the home release of the film, which never happened. Petitions were happening for the cut to be released before the reports came out. According to sources, Zack Snyder’s version initially had characters such as Green Lantern and Darkseid to make a full appearance in the film. Few people have seen this version and the public will unfortunately never get to see it.

In January 2018, deleted scenes from the film surfaced online, many of which featured Superman and there was no word of which cut these scenes were from. Finally, now, in February 2018, reports have come out saying that Zack Snyder was fired from “Justice League” over a year ago, which would roughly be around the same time he reportedly left the project due to a family tragedy. As of this writing, the company nor Zack Snyder himself have confirmed these reports.

As you can see, there is a lot of history of this film being made and a lot happening behind the scenes, which is still being discussed today; and at the end of the day, the film ultimately was met with more drama and negative things to discuss rather than positives. “Justice League” will be available on Blu-ray, DVD and Digital HD on March 13th, 2018.