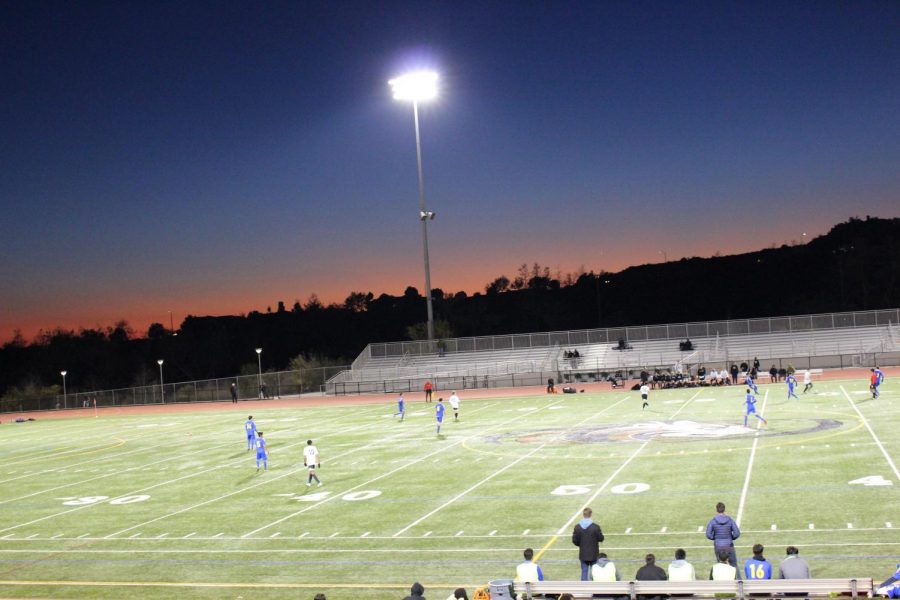 Last Saturday, boys soccer faced off against O’Farrell Charter in the CIF quarterfinals. Sage Creek had the top seed heading into the game, with O’Farrell carrying the eight seed. Sage was looking to ease by O’Farrell onto their next game, but O’Farrell was looking for the upset against the number one.

By the time the second half started, it was dark and the lights were in full action. Sage needed to come out strong, and they did. The Bobcats came out and scored a quick two goals to O’Farrell’s  zero. O’Farrell then came back to tie the score. Then at the 78 minute, Daniel Moran put the Bobcats in the lead.

With 12 minutes remaining, the Bobcats knew they had to finish strong. O’Farrell had their last chance with a late free kick just outside the box, but the Bobcats defense held strong and won the game 3-2. Sage moves on to CIF Semifinals on Feb. 28 against Vista High School