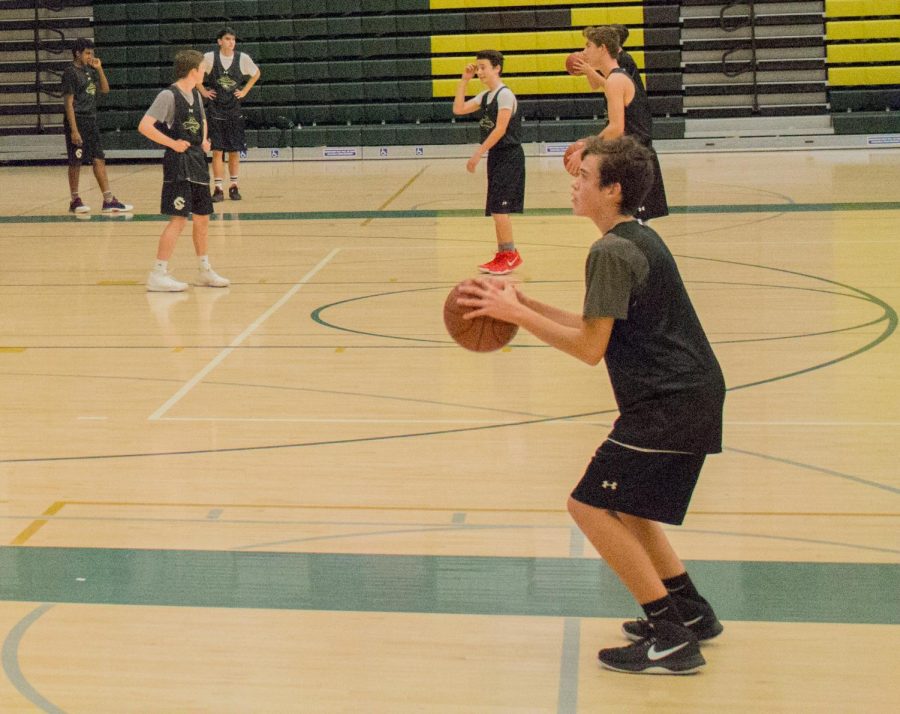 The team atmosphere is what brought him in. Gabe Arthur, a freshman, has been pursuing basketball since a young age. This year, Arthur is on the freshmen basketball team as a guard and high-post.

His love for the sport has lead him through many teams and leagues — but his time at Sage is the most rewarding.

“Being on a school team differs because it is definitely more of a team mentality, where as playing rec was kind of scrapy and everybody for themselves,” Arthur explained, “The coaching wasn’t nearly as good, but on a school team the coaching is really good.”

To hear more of Gabe Arthur’s story and to see him in action watch the video to the right.