Clash at the Creek Part 2 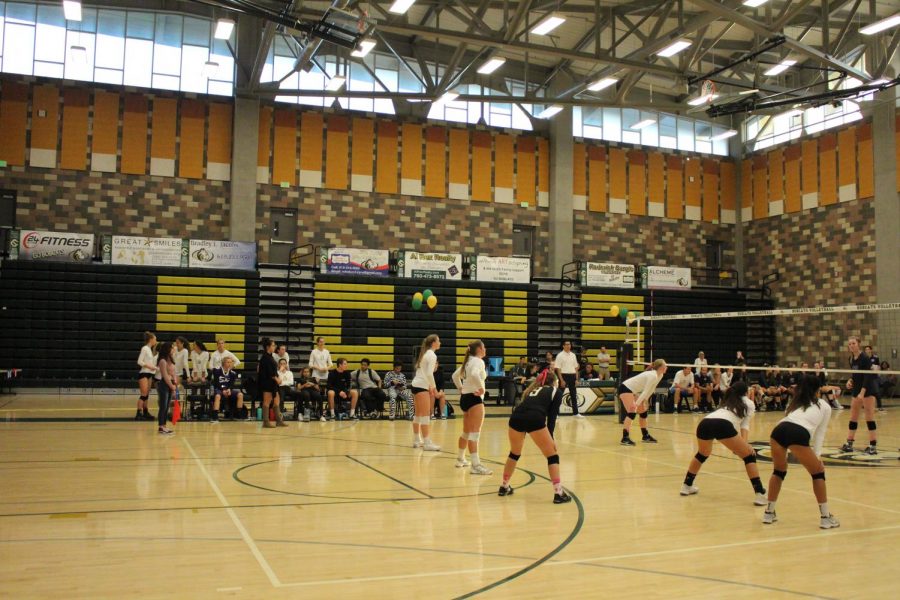 Last Friday, girls volleyball faced off against Carlsbad at home. All levels played with JV and Freshman playing at 3:30 p.m and with Varsity playing at 4:30 p.m. Sage’s varsity came into this game winless in league. Carlsbad’s varsity came into the game with a 7-8 win-loss record. “Clash at the Creek” was written last year by Leo Ryan about last year’s Carlsbad at Sage game, this year is Clash at the Creek Part two.

It was Senior Night, honoring our two seniors: Chloe White and Lea Marquez. The Ceremony started off with White’s friend, Audrey Azzeh, speaking on her experience with White during the past two years that they’ve been together. White went and hugged and condoled with her coaches and Mr. Leighton. After she walked down the court lined by the JV and Freshman team. White then met with her mom, all the while Azzeh was still giving her speech. Marquez followed. Marquez’s friend, Summer Fitzgerald, gave her speech about her friendship with Marquez.

After the Senior Night Celebration, both varsity teams starting warming up to face off for the second time this year. Last time these teams faced off, it was at Carlsbad High School, and the girls on the Carlsbad varsity team beat Sage Creek’s varsity. Again, Carlsbad started out strong winning the first set 25-12. Sage Creek got five more points in the second set, still losing 25-17. With Carlsbad giving up more points in each set, Carlsbad still came out on top winning the third set 25-20.

Despite the girls’ hard work but came out with a loss in the game, but a win in sending off our two seniors in their last league game.