Although some form of immigration reform is necessary, putting an end to a functional, morally correct system simply to spur congressional action is a hasty and morally bankrupt decision. 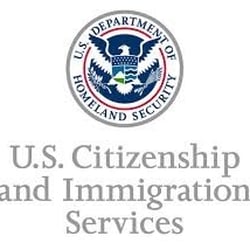 Imagine the following: You are employed by a large manufacturing company. Your boss summons you to his office one day, out of the blue. “Do you know why I’ve brought you here?” he says with a sigh as he rubs his forehead and takes a swig of his morning coffee. “No sir, why have you summoned me?” you reply. “A little bird told me that some of my employees have been subverting safety protocol when using heavy machinery,” he says. “This is, as you know, a violation of our policy and is grounds for immediate termination. You work with heavy machinery frequently. Are you one of the men ignoring safety protocol? I’ll let you off with a warning this time, I just need to know the truth.” “I apologize sir, but I have been taking shortcuts in our safety protocols. It won’t happen again.” you say. “I appreciate your honesty,” your boss replies. “You’re fired. Gather your things and leave.” And so your employment comes to a close.

Would you consider your boss’s actions ethical in any way?

The Deferred Action for Childhood Arrivals program, an executive action by the Obama administration, is a program that grants unlawful immigrants that have applied for the program by age 16 temporary residence and the right to work in the US. It is essentially a promise to pardon illegal minors of a transgression. A transgression that the vast majority of minors partaking in the program had no control over making in the first place. No illegal child chooses to be smuggled into this country, they are brought. And no child deserves to suffer the consequences for the crimes their parents or caretakers committed. Repealing this act is the equivalent of the scenario above. It is completely unjust to promise pardoning to a wrongdoer and redact it. These kids put their trust in the federal government when they could have very well have stayed in hiding, and the government is threatening to punish them for it.

When a child is brought to a country at a young age and is raised and immersed in that country’s culture and values, that child grows up to speak, act and think like any other member of that society. What makes them any different from a naturally born citizen of that country, then? A few documents. My mother was born in India, and immigrated with her father at the age of three. She grew up speaking no other language than English, attending public school, wearing blue jeans, eating hamburgers, listening to Michael Jackson, following our laws, abiding by our customs, adopting our culture, loving our country. She was not born in this country, but she was raised to be just what any other child born here is raised to be: an American. The sole difference between my mother, a law-abiding patriot, and a DACA recipient, is naturalization documents. We cannot deport these children to a place they do not remember with a culture that is not their own on grounds of a crime they had no control over committing.

Granted, not all is said and done yet. DACA permits are no longer being granted, but there is an approximate six-month window before permits begin to expire. The President has urged Congress to “legalize DACA” before this deadline approaches. This seems contrary to his motivations to end the DACA program, unless one considers Trump’s desire to begin immigration reform. Congress has been stagnant ever since president Trump’s election, but Congressmen and women are ultimately the ones that have the power to change immigration laws. If Congress passes new immigration legislation― which was a campaign promise of President Trump― they can include laws that serve to function as DACA did, and replace the current program with an identical one. However, they are not going to pass legislation without motivation. Donald Trump is aiming to strong-arm congress into acting on immigration reform, using the DACA deadline as an ultimatum. If congress doesn’t act in six months, kids get deported. This makes political sense on paper, but is a gamble. The process to draft legislation to protect DACA recipients could easily end up like the repealing of the Affordable Care Act, with an unproductive stalemate. Putting the future of 800,000 people at serious risk for political leverage in congress is not ethical. Potentially going back on a promise made to 800,000 people is not ethical. Donald Trump may not want to deport these kids, but Congress’s inability to act may guarantee just that.

Although immigration reform is necessary, putting an end to a functional, just system simply for congressional leverage is a hasty and morally bankrupt decision.