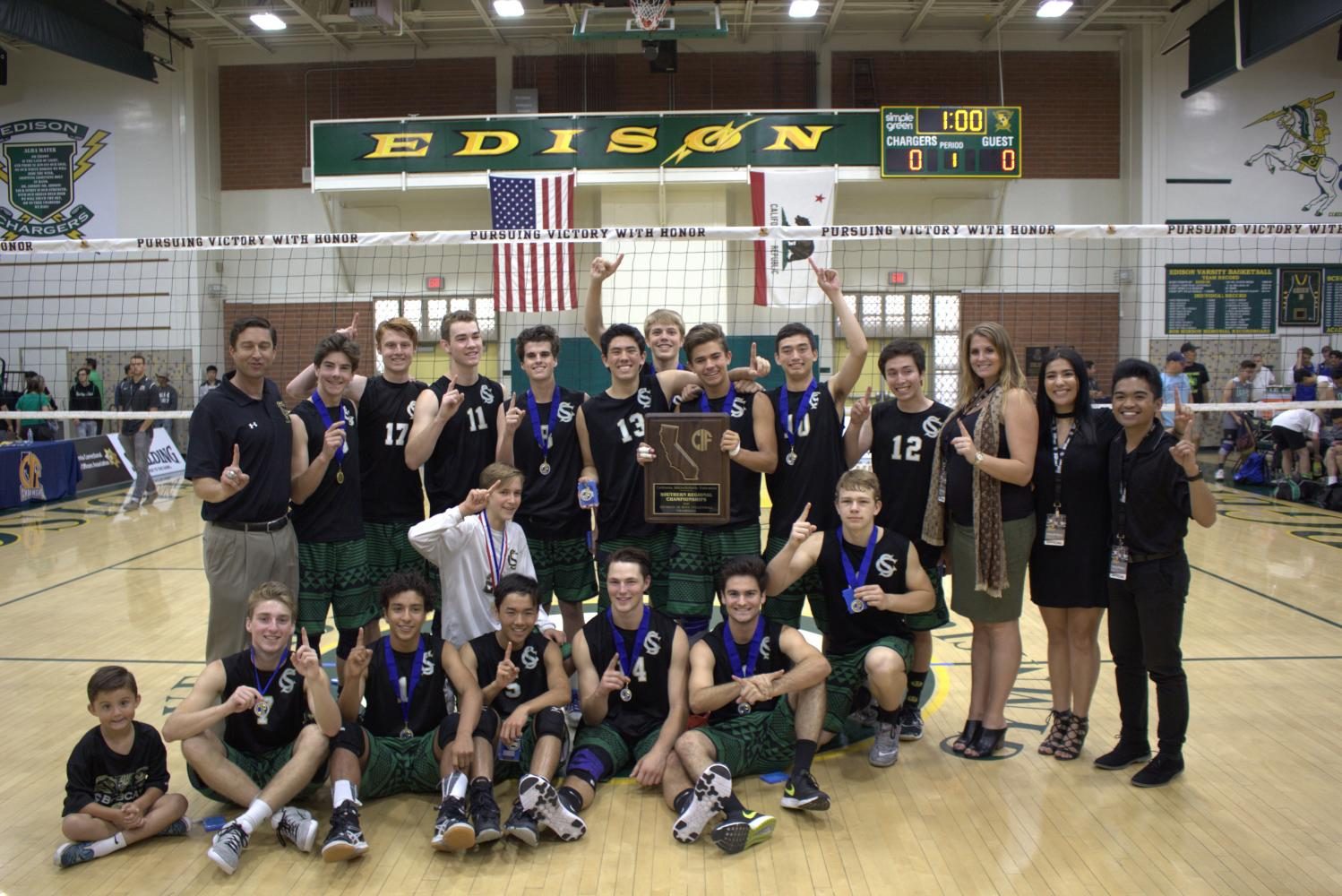 On Saturday May 27, Sage Creek’s Varsity Boys Volleyball team capped off their season with some hardware.

The Bobcats had worked all the way to the State Championship game after a tight match against La Serna in the semi-finals. The boys faced the John F. Kennedy Fighting Irish at Edison High School for the final match of their successful season.

Their first set was dominated by the Bobcats with a 25-16 finish. However, this first set did not set the tone for the next two. The Fighting Irish kept the next set tight when the score reached 24-24. However, the Bobcats kept their cool and took two in a row to end the deadlock as fast as they could at 26-24. Set number three finished with junior Christian Janken spiking the ball straight into the opponent’s floor to win the final match 25-23. This last set put the team in Carlsbad history: they are the first team out of a Carlsbad high school to win a State Championship.

Christian Janke ended the evening as MVP with 23 kills, six aces, and three blocks. This will be the last time the seniors will play for Sage Creek after four years of development, and they have enjoyed the experience from day one.