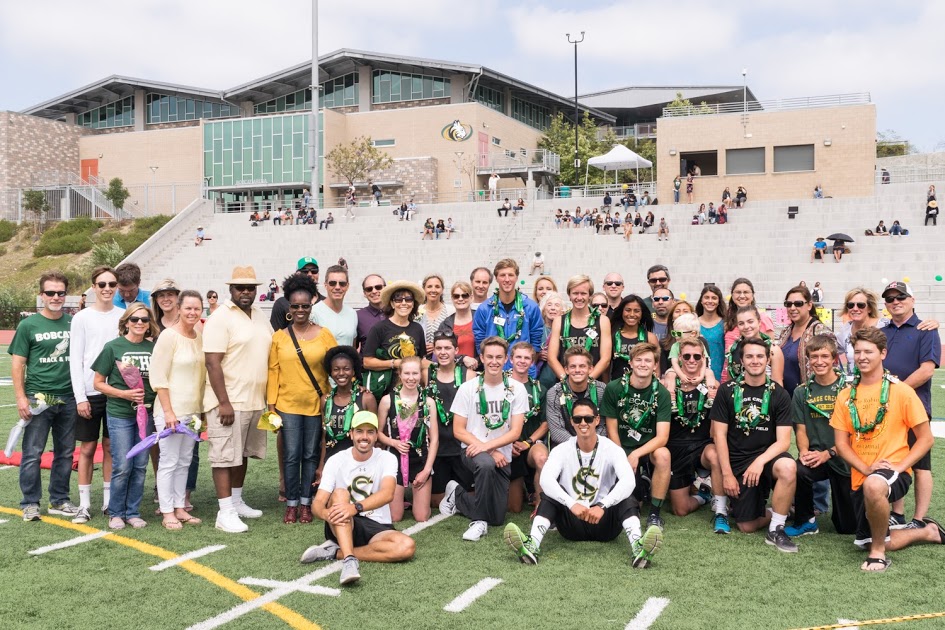 On Thursday May 4, the seniors on the track and field squad were honored during their very last home meet against San Dieguito Academy. The meet was an overall success for Sage Creek, as the varsity and junior varsity boys won and the junior varsity girls won.

Senior Beau Prince took first place in the varsity 1600 with a time of 4:23, as junior Brad Nelson followed behind him at 4:27. The junior varsity 1600 was won by junior Colton Dister at 4:42, and freshman Alexander Mitchell received second place with a time of 4:51. The varsity girls also took first and second place in the 800 meters with both freshman Skylar Wallace at 2:28 and Lavanya Pandey at 2:29. Junior Megan Mattson followed in fourth place at 2:30.

Overall, the team performed exceptionally well. With the seniors graduating and racing for the last time on their home track, the moment was described as very, “bittersweet” by senior Lily Prince.

The graduating seniors walked across the field for their senior night before the meet began. Each senior walked with their parents, who were presented with flowers. The announcer stated each student’s name, what event they did, and the people they wanted to thank for their success in track. This moment was very emotional for both the parents and athletes, as the students said goodbye to track and field.

Sophomore Dylan Kallett also stated that “it’s really impactful to see the team come together at the end of the season, [and that] it has a very family-like quality.”

As a young and growing program, the Sage Creek track and field team’s success does not seem to be slowing down anytime soon.