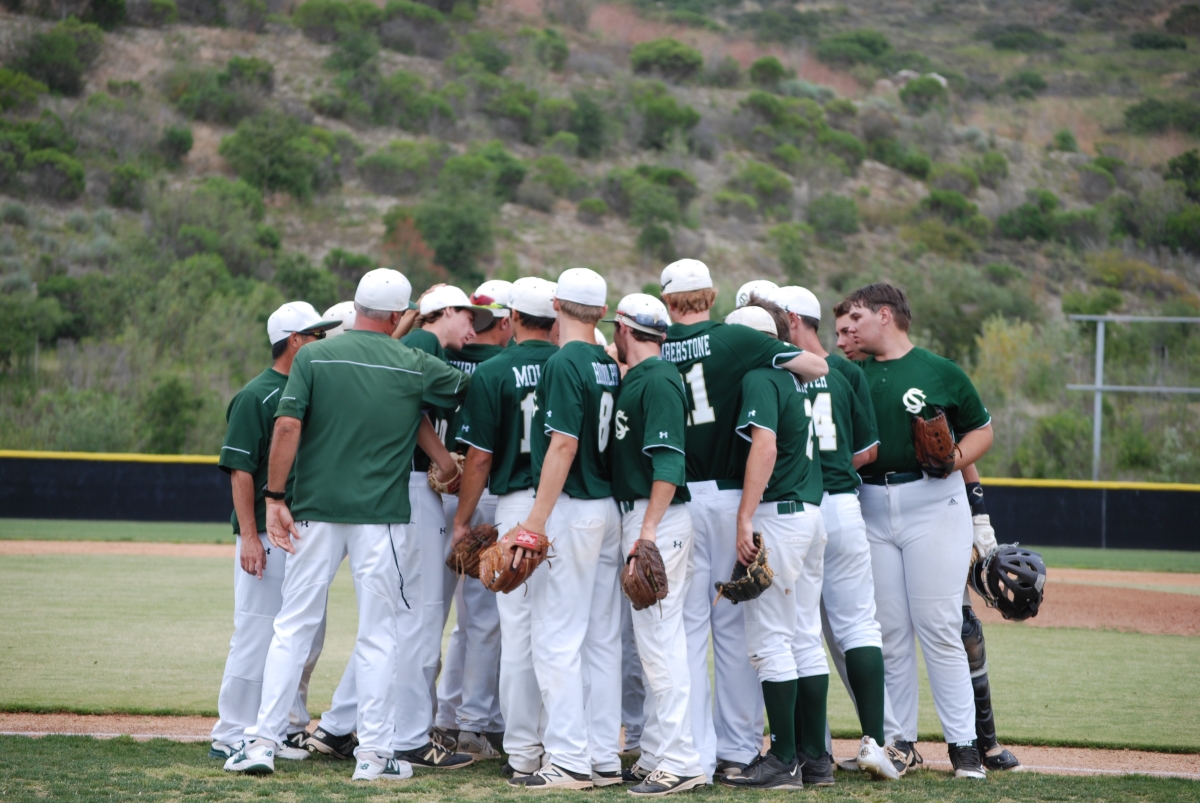 The Sage Creek Bobcats Varsity baseball team took on the La Costa Canyon Mavericks for their senior night on Friday, May 12. Even though the boys didn’t walk away with a win- the final score was 16-0- it didn’t mean the end of baseball for everyone. For some seniors, this was only the beginning.

The Bobcats held a pregame senior ceremony where each senior walked up to home plate to receive a pitch from their family members like they used to when they were young. Each player also had a recorded message from their parents playing in the background while they got a photo with their family.

The game started off with a good first inning holding the Mavericks to only a one run. Even though these boys played with their heart and soul throughout their senior night it was not enough to hold off the Mavericks.

Their playing ability never hindered. From two foul line catches by senior Bryce Buscher and sophomore Garrett Taylor, the Bobcats battled hard to keep the Mavericks off the board. Even through three pitchers the Bobcats never gave up hope for the win. Sophomore, Stephen Klenske pitched until the bottom of the fifth giving up five runs. Senior Harrison Humberstone pitched until the top middle of the seventh, where he also gave up five runs. The seventh ended with Buscher surrendering 6 runs.

The seniors knew this was a bittersweet game but for Taylor, this is just the start for him and a lot of sophomores and juniors on Varsity.

“It’s good to know we have another crew right behind [the seniors], that have had experience on Varsity already,” Taylor said.

They still have some more playing to do, as the team currently stands in fifth place in Division III. But after a game like this, the boys were still feeling nostalgia.

“We all took a little journey up to the SC logo up on the hill, and we got to look over the field and think about the past four year we have had,” senior Tanner Blough said.

The journey may be over for the senior boys, but there is still some more playing to do and potentially a new division to defeat.