Round 1 Goes to the Cats 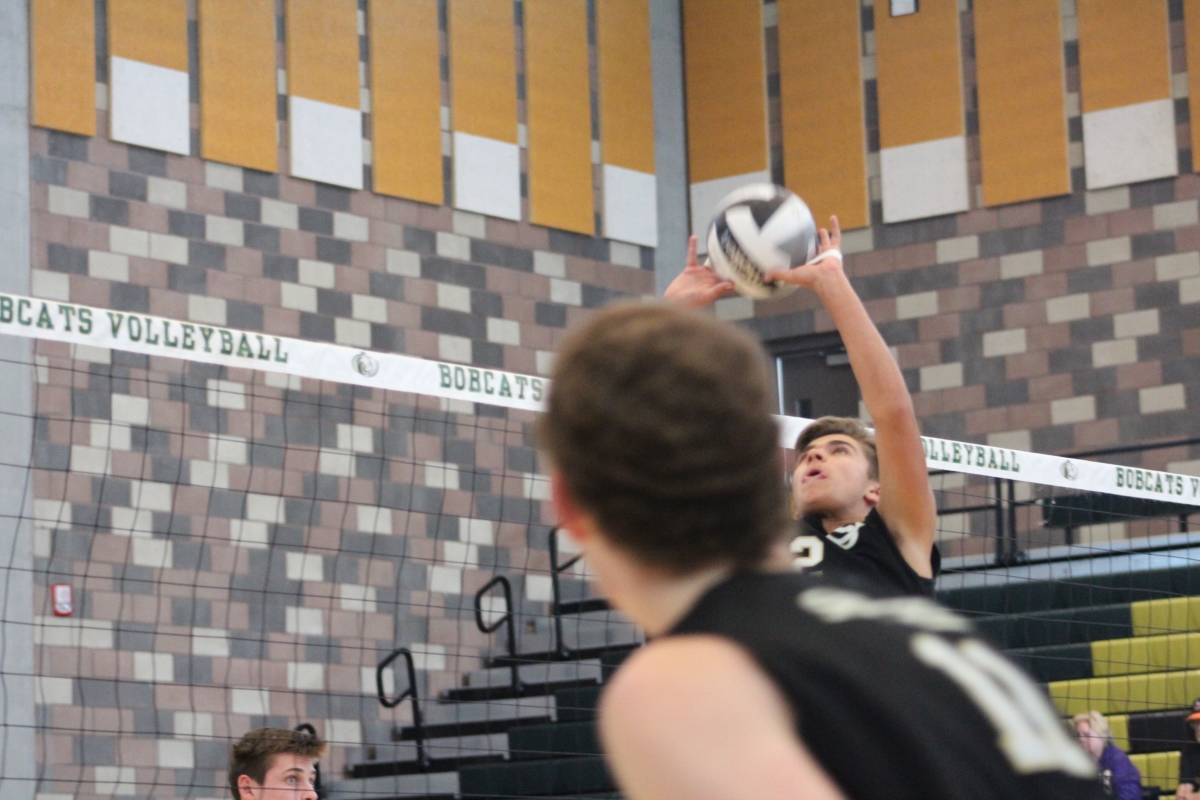 After winning league two years in a row, the boys varsity volleyball team played their first game against the Santana Sultans on May 13. The team secured a first round bye as the two seed of their division and was well rested going into last Saturday. Junior outside hitter Christian Janke mentioned before the game that the team was “100 percent ready” for the match.

“As a team, we have a great cast who are experienced and who helped us get ready for our second CIF run. Our coaches helped prepare us for this game with drills and other activities that will help us win,” Janke remarked.

The first set began with four kills by Janke and senior Ryan Yates to give the Bobcats a 5-2 head start. With both teams struggling with errors on the passing end, junior setter Christian Griego looked to Janke for a 3-0 run at the 12-7 mark resulting in a Sultan timeout. After the timeout, Janke lead a 4-0 serving run coming out of the break for a 17-10 Bobcat lead. From there, more great serving and setting by sophomore defensive specialist Garrett Edwards and Griego kept the Cats ahead with a 22-14 lead. However, with two missed serves and error by Mickelson, Griego had to take over and looked to junior opposite Ethan Shoemaker for the kill to win the set 25-19.

The Bobcats came out in the second with sets to sophomore middle Braden Brasher and Shoemaker for nice kills to start the second set. Griego then set Yates- who also had a 3-0 serving run- and Janke for a combo of kills leading to a 9-4 lead and a Santana timeout. Then, Yates came out with another 4-0 ace run to keep the Cats going. Bobcat passing and serving successes continued to overwhelm the Sultans as they called another timeout trailing 19-8. After the timeout, Edwards lead a dominant 6-0 serving run to close the set 25-14.

At the start of the third set, Brasher got into a collision with another middle, which caused him to land awkwardly on his ankle. This injury prevented the sophomore from continuing the match. With Brasher out, the Cats needed to pick up the slack after losing a huge blocking presence. Brasher called the injury “disappointing.”

“The injury was just unexpected, but injuries happen. I thought that I could have helped the team more [in the third set], but we have such a deep team, and I knew that we [would] be fine. I just hope that I will be good to go for Wednesday’s game against University City,” Brasher said.

After Brasher was settled on the bench wresting his injury, Griego looked to Janke and Yates to push the lead to 10-6 to force a Sultan timeout. Coming out of the TO, Shoemaker got a nasty block and a kill coming out of the gate. Janke then progressed with a 2-0 serving run to keep them up by 5. With Santana still unable to keep with Sage Creek’s pace, Griego got a massive stuff and Edwards lead another strong serving run. To close the set, Yates got an ace to win the final set 25-16.