Not Just A Runner 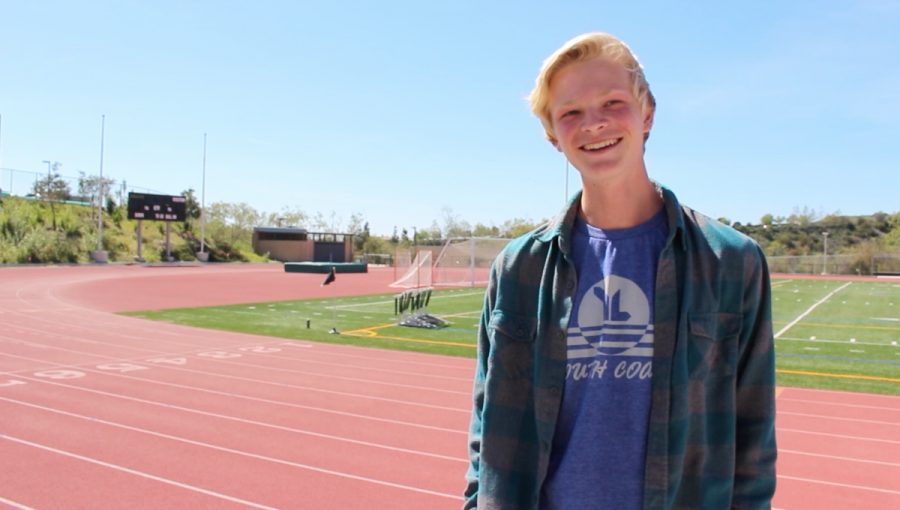 Rubin has been in cross country and track and field since the sixth grade. What started out as a way to improve in another sport has become one of his biggest passions.

“In 6th grade, I went out for the [cross country] team in hopes of getting better for soccer,” Rubin explained, “ But then I ended up being really good so I quit soccer and picked up running full-time.”

“We have a really fun team, I love all the teammates. I love the trails back here and going on mileage runs. And I love having good races,” Rubin said.

Rubin would not be where he is without his coach, Jacob Feiring, who is more than honored to be a coach for such a well-rounded runner and person.

“He is pretty chill, and he has a good work-life balance. Definitely, likes to have fun and be relaxed, but also likes to be competitive, which brings a good mentality to the team,” Feiring emphasized. “Beau Prince and him are ranked number one and number two in the county for the 3200, so having the two fastest kids on the team helps to push them throughout workouts.”

As for his running career, Feiring says that it is not even close to being over.

Feiring has and will be proud of Rubin every step of the way, and will always remember a special moment with him from Rubin’s freshman year on the team.

“When Rubin broke the San Diego Section record for the 3200, he got a 9.25 as a freshman, by shattering the previous record,” Feiring gushed, “they have been keeping track of this since the 1970s which is amazing because he beat something that has been kept track of for 50 years.”

Rubin is also a part of Young Life at the school and outside of school.

“Young Life is a worldwide organization and a ministry for high schoolers. It started a long time ago, and my dad has been a part of it for 20 years now. So, when I got into high school, we started a club,” Rubin stated. “We meet in Mrs. Kuehl’s room on Mondays at lunch and at my house Monday nights where my dad says a message and we spend time together and enjoy food.”

Rubin wants more and more people to feel like they can get involved and be a part of the amazing group they have.

“To get involved with Young Life you don’t have to do anything, just come to club and hang out with everyone. We have a bunch of leaders who would love to talk to you and get to know you,” Rubin expressed.

One of Rubin’s close friends, Harrison Logan, has been involved from the start not only due to what Young Life is about, but who Rubin is as a whole.

“Danny is a good guy, I have know him for a long time now. He is really kind and easy to be friends with,” Logan said,  “I became involved in Young Life through Danny. Since he is one of my best friends, I was there when it started. I went to clubs, and got more involved with summer camps. It was a really good experience for me to gain a lot of new friends.”

Overall, Rubin has running in his blood and kindness in his heart.

“A lot of people think of me as the ‘fast runner guy’ and that’s cool and everything, but I also want them to think of me as the guy who invited me to Young Life, and who get them into a great group and ended up having a great time in high school,” Rubin ended.