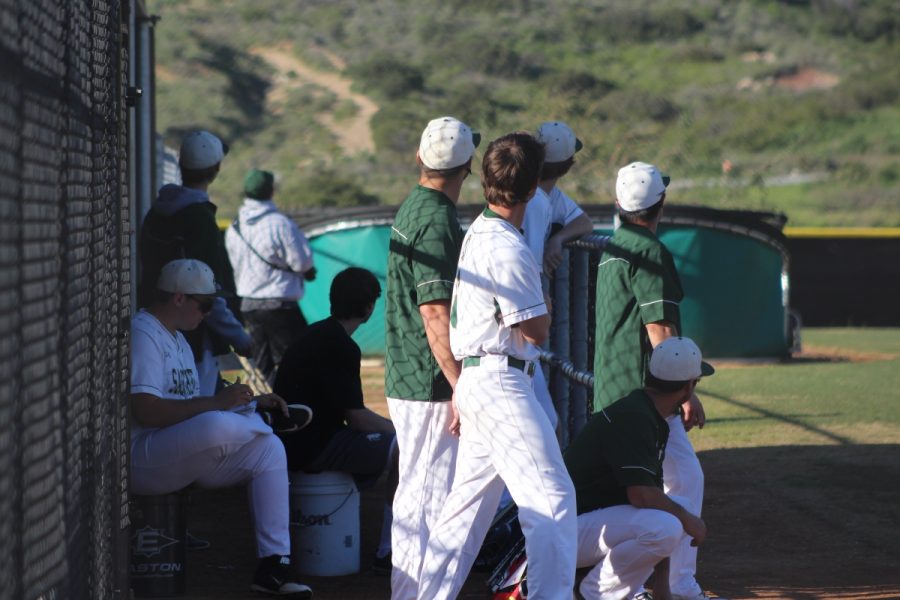 Sage Creek's dugout looks off into the distance as the ball flies and the runs score.

Early in the fall, a member of Urban Legends Production Company approached the school’s athletic department after watching FOX 5’s feature on Caleb Strachan, a senior at Sage Creek. They were captivated by his story, and wanted to do more with it. Their pitch was to create a television program that focused on the Sage Creek Varsity Baseball team.

“The idea by this production crew was ‘Hey, how great would it be?’ You don’t get many opportunities to get the first senior class, with a great story to tell, and what might it look like to do a little miniseries as they do their season,” Principal Cesar Morales said.

However, the show was declined by the School Board last week. When asked why, Athletic Director Cory Leighton explained, “At this current time there’s a lot of logistics that go into a project like this, and it’s always important for us as the site admin and for the district admin to make sure that we’re thinking about the things that other people might not necessarily be thinking about.”

“We’ll look at a project like this and the risks are greater than the rewards,” he concluded.

While the program may be declined for now, Mr. Leighton hinted that they may come back to it, saying “I’m never going to be one who says ‘no way’ to anything. We go back to the drawing board and if something else arises and we’re able to present that to the board, then I’ll be the first one to jump on.”

The statements made by Ryan Madsen, coach of the Varsity Baseball Team, seem to echo Mr. Leighton’s as well.

Students and faculty members alike were excited for the possibility of the program when it was first brought up. Coach Madsen in particular was eager “…to showcase the amazing players we have in the program.”

“I think it could be some great exposure for everybody on the team,” said senior Sam Wezniak, a member of the varsity team. He was followed by fellow varsity player, senior Harrison Humberstone, who added “I think it’s [likely to] bring us more popularity, more fans at our games. Hopefully, when we’re competing for CIF, we’ll have that.”

Although many people were excited, there were also some concerns about how the show would have been made.

“One of the things we want to make sure of is that the content that’s captured is relevant to who our campus is,” Morales said. “It’s the ability to work with the team, not necessarily to dictate what story should be told, but that we also have an open line of communication with regard to what gets aired.”

Ultimately, a new approach will be needed if the show is to be made. Mr. Leighton ended our interview with.
“The concerns of the school board are the concerns of ours as the site admin team.” and went on to say, “We’re always going to make sure that we have a hand in seeing how that project is put out there.”