Lizi Cudal Spikes Her Way Through Her Genius Project 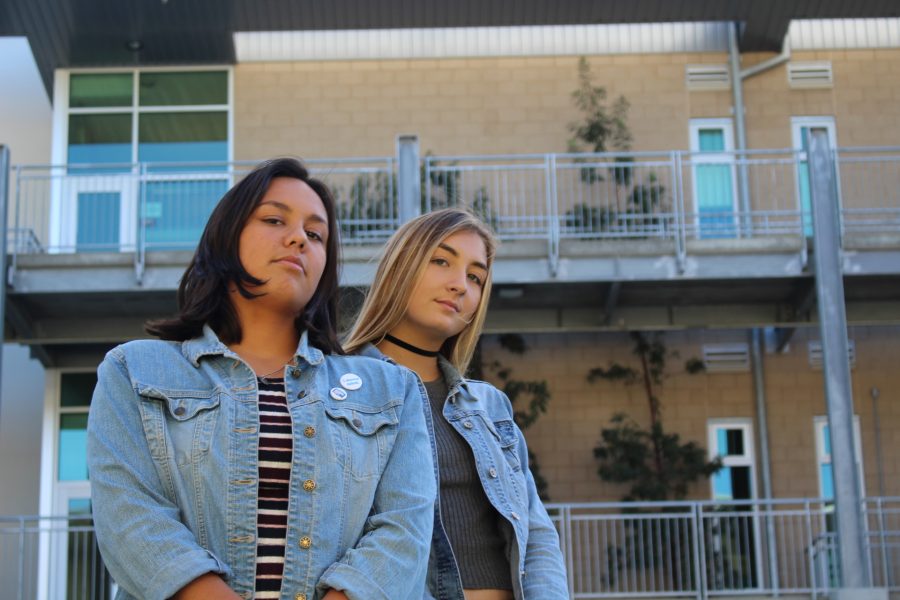 Lizi Cudal is on her way to successfully completing one of life’s biggest milestones: graduating high school. The first graduating class of seniors were given the task of pioneering the “Genius Project.” Not only were they given a mission to impact themselves, but the entire community.

Cudal and her project partner, senior Lily Wright, are going to film senior students and create a memoir of their final year. The events that they are most excited to film are Hoopcoming week and prom week. Cudal explained in the process of filming the memoir that she’s very excited, optimistic, and looks forward to capturing the different perspectives of the students and bringing them to life.

When the memoir is finished, Cudal and Wright (along with the rest of the seniors), will present the project in the form of a TED talk at the end of the year.

While recognizing that her project has compilations, Cudal began to explain that the troubles of the Genius Project come with creative solutions and outlooks.

“All events are unpredictable and there might be good things and bad things that happen but just within you learn how to deal with them” Cudal said.

While discussing why she selected Wright to help with her Genius Project, Cudal chuckled and reflected upon their perspectives and friendship.

“We both had similar ideas for the genius project so we decided just to collaborate on them and just make our lives easier… I think joining forces just gave us a leg up [instead of] having competing videos.”

Both girls are excited about this unique opportunity to get to know their senior classmates. Cudal is also a member of the girls varsity volleyball team along with Wright. Cudal has committed to Stevenson University in Maryland where she will be playing beach volleyball. She looks forward to channeling her passion for volleyball through the Genius Project and applying it to her college experience.

In her future journey with the genius project, Cudal and Wright are enthusiastic about filming their peers. Lizi has a busy year and a big future ahead of her. She thinks that “it’s great that [the seniors] can be a wholesome group of people and just to be together” in pioneering this project.