Rogue One Is a Fun, and Gritty Star Wars Film 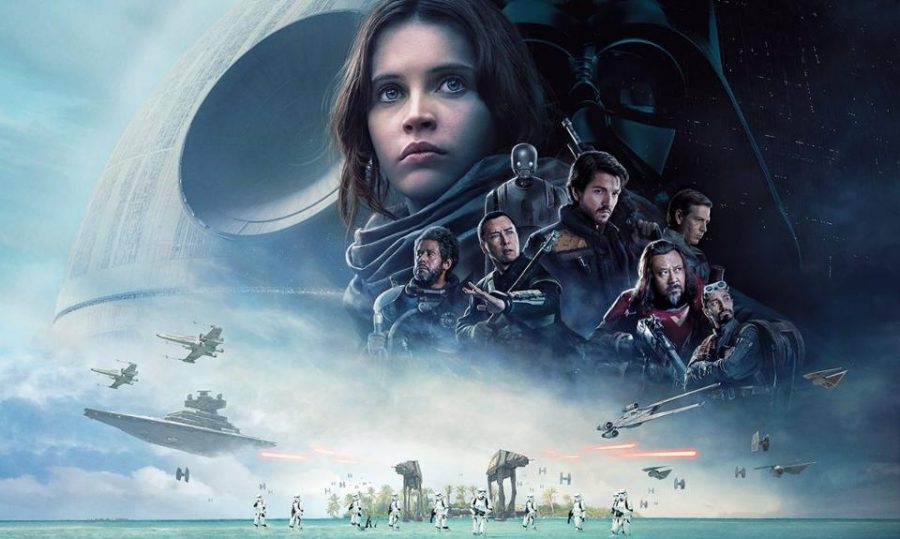 After the huge success of Star Wars: The Force Awakens, Lucasfilm and Disney return once again with their first spin-off film for the franchise, Rogue One: A Star Wars Story.

The film is directed by Gareth Edwards, who brought us Godzilla (2014) and Monsters. It stars Felicity Jones, Diego Luna and Alan Tudyk. How does Rogue One live up to the other Star Wars films? Is it better than the prequels?

Rogue One: A Star Wars Story tells the story of Jyn Erso, played by Jones, and her quest to find the plans for the death star- which was first introduced in Star Wars: A New Hope. Along the way, she meets a team of rebels led by Captain Andor, played by Diego Luna, and together, they will embark on a mission to find the plans before the evil empire gets to them first.

In my opinion, this was a really good film with great visual effects and good acting from the main cast. I highly recommend that moviegoers see this movie in the 3D format to get the best movie experience possible. It ties in well with the other Star Wars movies and feels different and unique. The film also has a great cohesive story that has a dark and gritty feel, which brings it to a more mature level for audiences.

Jones’s character, Jyn Erso, has an adventurous and dramatic attitude throughout the story of the film. She is a fun character to follow and has moments in the film where you will truly care for her.

Luna’s character, Captain Andor, has a serious and dramatic attitude, which gives us different personalities for each of the characters. His character has been through a lot of the wars and has an interesting background, which is something the audience can relate to.

Two of my favorite characters from Rogue One were K-2SO and Chirrut Imwe. K-2SO, played by Alan Tudyk, is a droid who is the partner to Captain Andor. He was the comedy relief of the film and played an essential role in the story itself. He was very funny and has moments where the audience will truly laugh and love this character. Chirrut Imwe, played by Donnie Yen, is a “rogue” who believes that he is one with the force.He had a fun and entertaining attitude in the film and had great action scenes for his character. The force was definitely strong in this character

Even though the film has a plethora of positives, it does have one negative in the dark side. That flaw is that the first act of the film is very quick and felt out of place in the flow of the story. It quickly introduced the audience to the characters and their mission, which needed to be introduced at a slower pace.

Overall, Rogue One: A Star Wars Story is a really awesome movie with fantastic action scenes and memorable characters like K-2SO and Chirrut Imwe. It ties in with the other films smoothly and feels natural in the context of the film. It’s definitely better than the prequels and will eventually be known as one of the best Star Wars films of all time.Go watch this film when you get the chance to. And don’t forget, May The Force Be You.