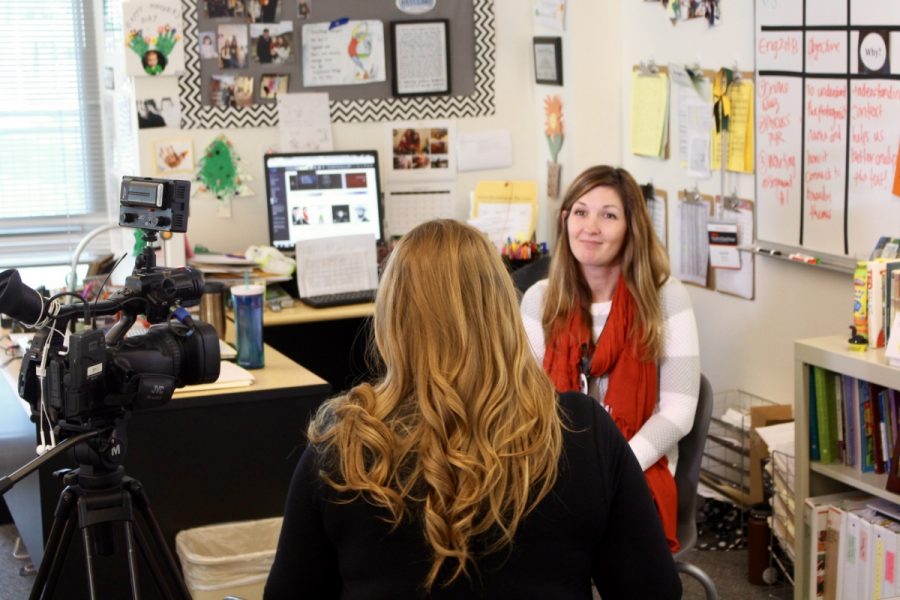 Mrs. Myers during her interview with Jenny Day from The CW.

“Students given pen, paper, opportunity to give thanks” reads the headline for Sage Creek’s Gratitude Project featured on The CW last Thursday, December 8.

An idea sparked by English teachers Corrie Myers and Sarah Hunter on “Senior Ditch Day” brought more success than they ever thought possible. For their English 4 Final, seniors were to discuss what most high-schoolers forget about: gratitude. Students were then instructed to write a handwritten letter to a peer, a teacher and a family member. The seniors were then informed they were going to be filmed while calling one of their three people, reading what they wrote. To the average reader this seems like a terrifying feat, but proved to have a lasting impression on Sage Creek.

The video Hunter uploaded on YouTube initially gained some traction, but was originally featured on the popular radio show, STAR 94.1 with Delana and Jesse’s “Random Acts of Kindness” segment on December 7. Following that was The CW airing with Jenny Day, which brought NBC San Diego to notice it. Way to go Bobcats! #spreadgratitude #TheGratitudeWorkshop