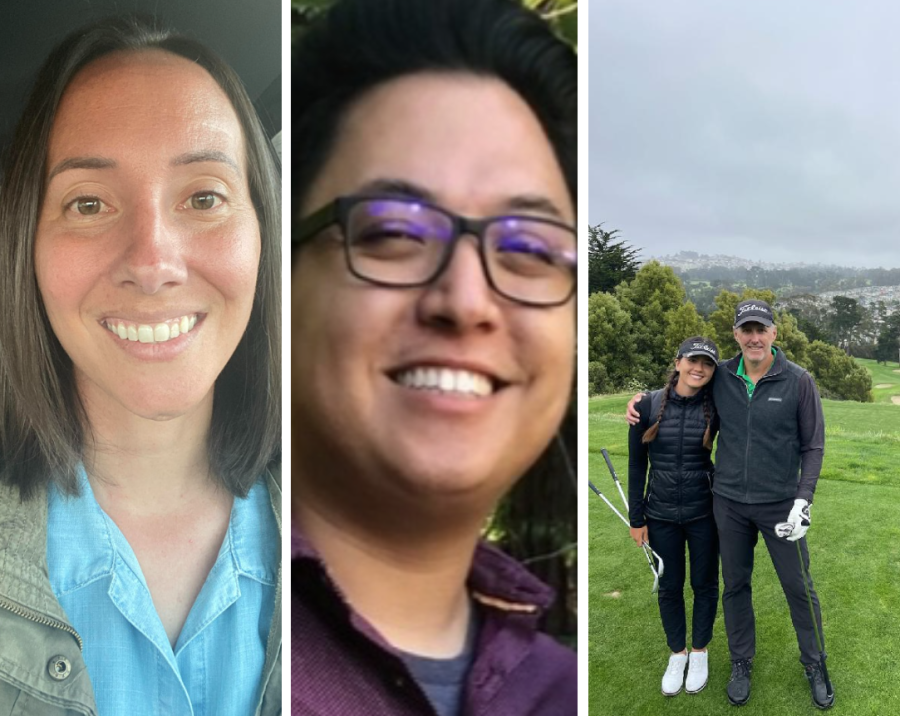 As the 2022-2023 school year takes off, there are many new faces at Sage Creek High School. However, the freshmen are not the only latest new faces to the Bobcat family. Let’s welcome three of our latest staff members to join the Sage Creek community.

Clark Avery is the new CP and AP Macroeconomics teacher. He is currently starting off his third year of teaching and previously teaching US History at Lincoln Middle School in Oceanside for the past two years. This year brings a new experience for Avery as this marks his first year of in-person classes due to the COVID-19 pandemic.

Before he started his career in teaching, Avery was a businessman. He attended Moorpark College in Moorpark, California, where he originally found his passion for economics. Once he retired from his career in business, Avery returned to his life as a student, earning his teaching credentials at California State San Marcos.

Outside of teaching, Avery enjoys staying active. Growing up, Avery used to play an array of different sports including golf, football, basketball and tennis.

However, when he got to college, his love of working out dissipated. In order to change his ways, Avery transferred to California State University, Long Beach, where he became a member of the rowing team.

His time on the team taught him “how to get enjoyment out of running, working out and being in shape,” Avery said.

Nowadays, Avery only works out for his own pleasure and mental health.

Nicolas dreamed of becoming a teacher ever since she was a child.

However, her father, a rocket scientist, “had expected [his children] to be engineers, or doctors, or lawyers,” Nicolas said.

When Nicolas was in high school, her math teacher inspired her to teach the subject to others. To pursue her dream, Nicolas attended University of California, Los Angeles where she majored in applied mathematics.

However, Nicolas didn’t always work as a math teacher, as she was also interested in engineering. Before finding her way to Sage Creek High School, Nicolas had been employed at Northrop Grumman in Los Angeles where she worked to design fighter jets.

Growing up in a military family, Nicolas found a passion for traveling. Until 2020, Nicolas lived in Japan for three years.

“The coolest part about it was that there were super cheap flights to go everywhere in Asia,” Nicolas said.

Nicolas was able to travel to Hong Kong, Thailand, Taiwan, Vietnam, Cambodia, Bali and more. Outside of her love for traveling, Nicolas also enjoys surfing, playing soccer with her children, hiking and hanging out with her family.

Delgado was born and raised in Imperial Valley in Imperial Country, California, where his parents had immigrated from Mexico. Being the children of immigrants, Delgado and his friends never really knew what they would do beyond high school. After graduation, Delgado attended University of California San Diego where he felt “very lost.”

However, after some time, Delgado was able to find a program that provided him with both a counselor and a peer counselor for guidance.

“They helped me pick my classes, helped validate my experience in college, and without that programming and those people, I probably would have dropped out,” Delgado stated.

Due to his own experiences and uncertainties, Delgado found a passion in helping guide others just as he was guided himself.

“I think that there’s this pressure that students need to know what they want to study before they graduate high school,” Delgado said. “You don’t have to know, if you want to go to college, that’s a good focus…but you don’t necessarily have to pick a major, it’s okay to be undeclared.”

After being a resident in Carlsbad for the past three years, Delgado was tired of commuting to Escondido every day for work. Not only did Delgado find his way to Sage Creek High School out of convenience, but he also felt that it was the perfect fit for him as his two sons are students in the Carlsbad School District, and his wife is an Alumna from Carlsbad High School.

“There’s a tremendous sense of community [at Sage Creek High School]…There’s much more camaraderie, even between staff and students,” Delgado said.

Outside of work, Delgado spends the majority of his time with his two sons. However, when he isn’t busy parenting, Delgado loves to read science fiction novels, stating that his favorite book is “Gardens of the Moon” by Steven Erikson.