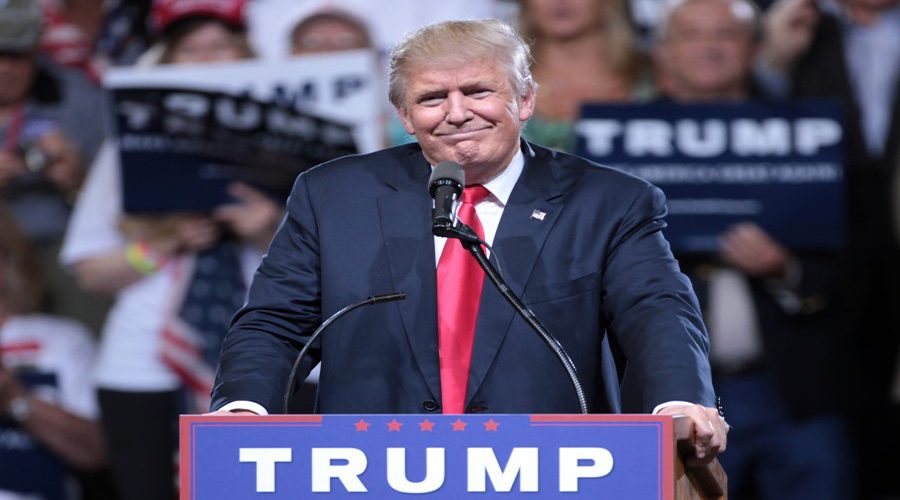 Last night around 3 a.m. EST Donald Trump gave his victory speech at Trump HQ in New York in the wake of his presidential victory over Hillary Clinton.

The race Tuesday evening saw an early and stable lead for Trump with the end results of the electoral college being Trump’s: 279 to Clinton’s: 228. Trump’s victory was at the least shocking to Americans and the world. The New York Times predicted as late as Tuesday that there was an 85 percent chance that Clinton would win over Trump’s 15 percent.

States such as these, that have predominantly voted democrat saw their color change to red for the first time in decades. Wisconsin hasn’t seen a red color change since the 1984 race between Ronald Reagan and Walter Mondale. Furthermore, Pennsylvania has not voted for a Republican candidate since 1988 in the race between George W. Bush and Michael Dukakis. Past statistics show consistency from these key states led voters, pollsters, and analysts to believe that Clinton would win the election, but they didn’t count on these states going against the curve.

Election projection maps such as CNN and ABC News also presented their predictions with Clinton winning with a landslide early on in the height of their campaigns with mostly all maps on 270 to win predicting a win for Clinton.

Media outlets around the country expressed disbelief that the polls leading into the election were so misguided, as to who would become the President of the United States.