Bobby’s Hideaway Cafe: Rebuilding Community and the Hall of “Bobs” 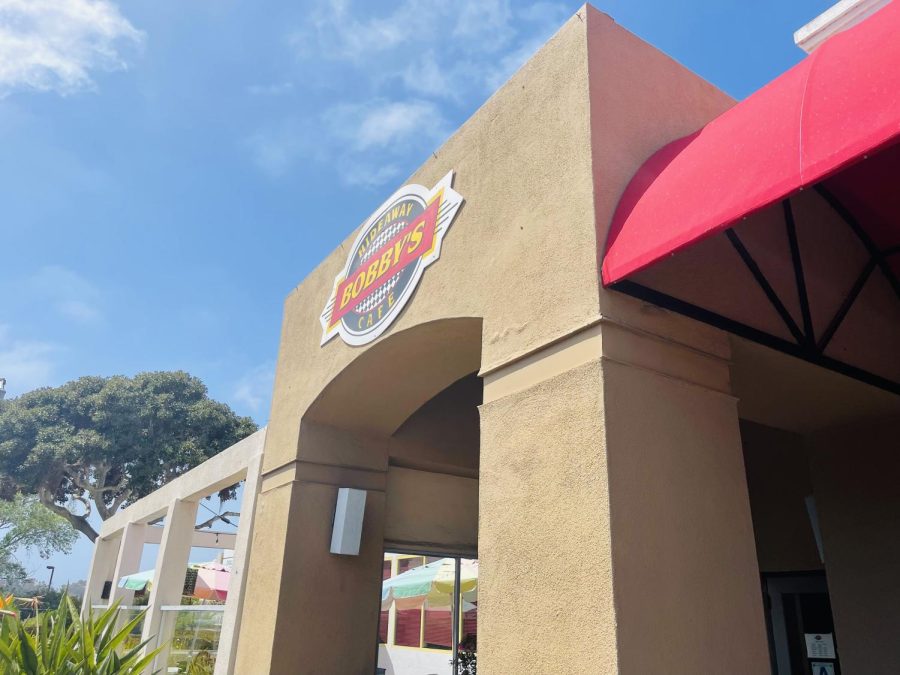 Bobby’s Hideaway Cafe sign hangs above their door. This restaurant is known for their hearty comfort food located at 1814 Marron Rd Carlsbad, CA 92008.

In 1995, Bobby’s Hideaway Cafe first opened its doors to Carlsbad at 4901 El Camino Real, Carlsbad, CA 92008. The restaurant was open from 7 a.m. to 7 p.m. daily. Bobby’s is known for its family-friendly environment with hearty comfort food, such as their famous chicken, fried steak, Angus steak ribs and grilled fish.

Before opening his own restaurant at the age of 56, owner Bobby Sliwa had previously been known for establishing 150 Sbarro Pizzerias over the course of eight years.

In a way to honor their name, any customer whose name is “Bob”, “Bobby”, “Robert” or “Roberta” is given the opportunity to have an image of them hanging on their wall to be placed in their mural of “Not-So-Famous-Bobs”. They also have their walls filled with pictures and signatures of famous “Bobs” such as Bob Saget, Robert Loggia, Robert Hays and many more, some of which have actually visited the local business.

“Probably our funniest Bob is our signed Bobby from ‘King of the Hill,’” Sliwa stated in an article with the San Diego Union-Tribune. “We tell all the kids he actually signed it.”

Unfortunately, in January of 2021, Bobby’s had to leave their home of 26 years due to their location undergoing reconstruction of the new property. The restaurant was able to relocate and open at 1814 Marron Rd, Carlsbad, CA 92008 in late January for pick-up and delivery.

However, the battle still isn’t over for Bobby’s Hideaway Cafe as they face extreme staff shortages. Having to close due to the COVID-19 pandemic, they searched to relocate at the same time made the restaurant suffer to find employees. In an attempt to alleviate the stress they had on their small current staff, Bobby’s made the harsh decision to reduce their daily hours.

“Bobby’s will be closing at 3:00 p.m. daily, temporarily, due to an industry-wide staffing shortage,” the restaurant stated on its Facebook. “We are addressing the shortage and hope to return to our regular hours soon.”

Regardless of their efforts it still was too much, forcing them to shut down an extra day as well.

“Bobby’s will be temporarily closing on Tuesdays so that we can give everyone on our crew a full day off,” Bobby’s Hideaway Cafe posted on Facebook. “Thank you for your continued support and understanding.”

Even though Bobby’s is still facing a crisis with their short staff as they settle into their new location, they still serve their quality food, at the same prices with their same large portions. One of their most popular dishes, Bobby’s Big Burger with french fries, still manages to fall into the hearts of many.

“It was very juicy,” customer Vanita Smith said. “I love their french fries. I haven’t been to Bobby’s since they were on El Camino Real and it’s still delicious.”

Despite the harsh challenges of relocating and staffing shortages, Bobby’s Hideaway Cafe is slowly starting to see more guests roll into their diner for a good meal. While  Sliwa would love to open a new restaurant for people to enjoy once again in the future, he isn’t looking at doing so anytime soon, nor would he want to open a second Bobby’s. So don’t expect him to be establishing a new business using his middle name as he stated:

“I don’t think Gerard would have the same impact.”