Marvel’s “Morbius” Reached Theaters but Not to Fans Satisfaction 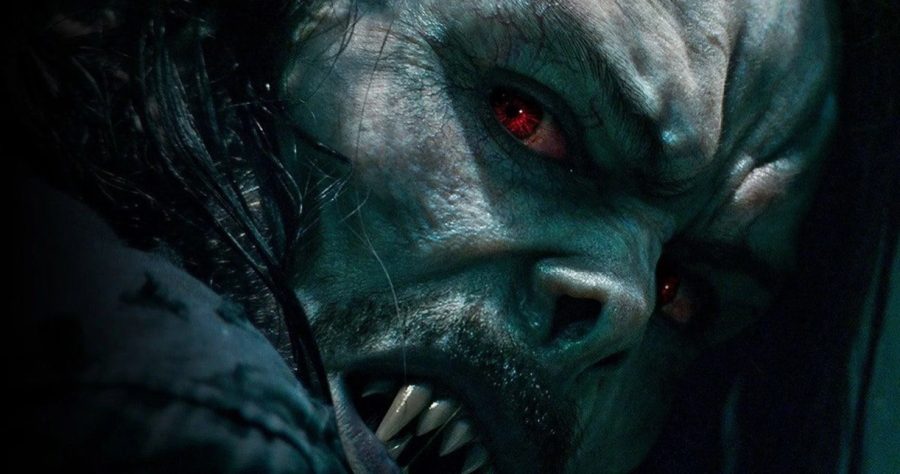 Recently transformed to vampire form, Morbius thirsts for blood. With increased senses, he searches for the armed thugs aboard the cargo ship.

Marvel Studios’ newest addition, “Morbius”, hit theaters on April 1, adding yet another anti-hero to the Marvel Cinematic Universe (MCU) collection. Receiving negative feedback from websites such as IMDB and Rotten Tomatoes, many ponder whether it is worth seeing in theaters or if they should hold off until it lands on streaming.

The story follows Dr. Michael Morbius (Jared Leto), a nationwide doctor known for inventing the life-saving invention of artificial blood. After studying the anatomy of bats alongside their immunity to most diseases, he finds them a worthy candidate for DNA splicing. His goal is to cure his best friend Milo’s (Matt Smith) and his own terminal illness to give them a chance to experience life normally.

Using himself as a guinea pig in his own experiment, Morbius is cured of his illness, but with major side effects along with it. He inherits the traits of a bat such as a dramatic increase in speed and strength, a radar detecting far away frequencies and the thirst for blood. Marvel’s “Morbius” was the first to include a vampire/horror angle, with some scenes having horror-like aspects.

Similar to “Spider-Man No Way Home” and the “Venom franchise, it is unclear when Morbius or these other Sony-owned films will arrive on Disney Plus. As Sony and Disney plus are still settling many agreements, the earliest the films will hit Disney Plus is mid 2023 according to The Direct. Many fans believe that this story did not give the progression and satisfaction that the majority of Marvel movies do.

Freshmen Hunter Trinh, watching the movie soon after its release, believes there were qualities missing to it that other MCU films provided.

“It was average, with parts I didn’t particularly enjoy,” Trinh said. “ The effects make up for a lot of missing aspects to the movie though. The lack of fights I would say is what was mostly lacking, and when they did appear they were fairly short. I’d give it a six out of 10 and say wait until it comes on streaming.”

Though missing many necessary aspects, the post-credits scenes make up for it by opening up future plotlines. Michael Keaton’s appearance as the vulture once more supplies spiderman fans hope for another future villain mashup, similar to “Spiderman No Way Home”. IGN, yet another review website, also has a well-known YouTube channel infamous for its video game and movie reviews.

This time, Matt Donato recaps the ups and downs of the film.

“Morbius is a gloomy black on black on black tapestry in so many sequences that monochromatically lose visual interest,” Donato said. “A stern tone becomes the film’s downfall because there’s nothing exceptional about poorly underwritten supporting characters and dizzying animated action.”

Whether enjoying certain aspects or not enjoying it at all, Morbius is yet another solo Marvel film that, even though not considered theater-worthy, should be considered when coming to streaming. Though not having the same impact as past MCU films, Marvel still had the audacity to experiment with a horror-type approach, opening doors in the future for the upcoming Blade film.