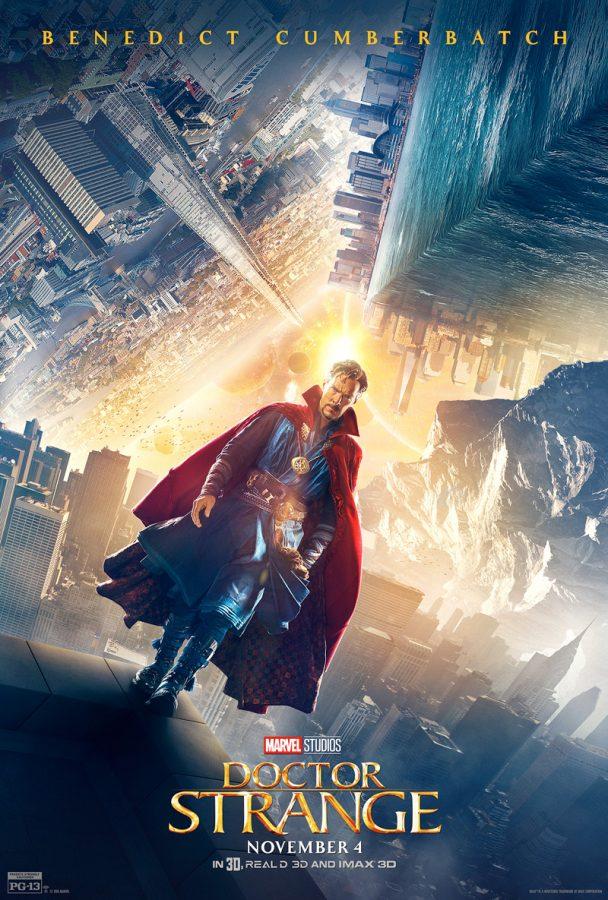 After the huge success of Captain America: Civil War back in May, Marvel Studios returns this week with their next film in Phase 3, Doctor Strange. This is the 14th film in the Marvel Cinematic Universe and their introduction to the supernatural and magical part of the Marvel Universe. It opened internationally to $86 million dollars overseas and has received positive reviews from critics. The film stars Benedict Cumberbatch as Doctor Strange. The film also stars Tilda Swinton, Chiwetel Ejiofor, Rachel McAdams, Mads Mikkelsen and Benedict Wong. Does Marvel Studios end 2016 on a good note? Let’s find out.

Doctor Strange tells the story of Stephen Strange, a world-renowned surgeon who gets into a car accident which compromises his abilities as a surgeon and puts his career in jeopardy. However, he meets a character named The Ancient One, played by Tilda Swinton, who teaches him how to be a sorcerer and shows him the unseen of the world and what evils he must face.

From start to finish, Doctor Strange is a very entertaining film with amazing visual effects. It is the best looking Marvel film so far and I highly recommend moviegoers see this film in 3D because there is a big difference when you watch this film in the 3D format versus the normal screenplay option.

The film also finds a perfect medium between comedy and action, giving us a very entertaining film in the process. In terms of acting, Benedict Cumberbatch and Tilda Swinton were my favorites. Cumberbatch was fantastic as the character Doctor Strange where he exhibited a cocky but fun attitude throughout the entire film, which felt appropriate and satisfying for his character. Swinton was great as Doctor Strange’s teacher, The Ancient One. She had a calm and happy attitude in the film and had some great action scenes as well.

Doctor Strange does have a few points for improvement. First off, the main villain, played by Mads Mikkelsen, did not have a vital impact in the film. He had some great action scenes, however his acting did not compare to Cumberbatch or Swinton. Also, Rachel McAdams, who plays the love interest for Doctor Strange, had no other purpose than being a love interest for the main character. Her acting could have been better and when she was on the screen, it was for small periods of time.

Overall, Doctor Strange is a very entertaining film with both amazing visual effects and great acting from Benedict Cumberbatch and Tilda Swinton. Marvel Studios definitely ended 2016 on a great note and makes me very excited for the upcoming films in 2017.