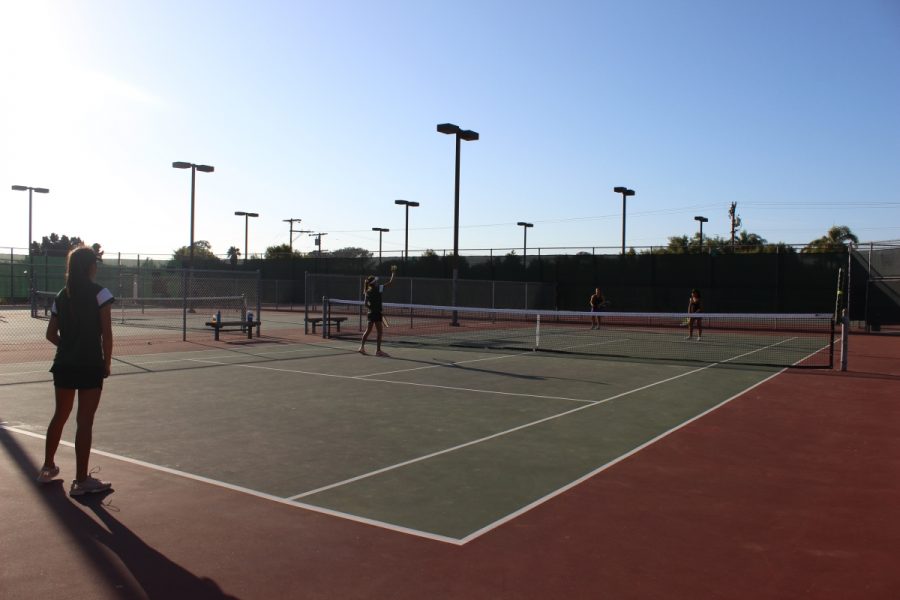 SCHS tennis team takes on CHS on their home court.

“It is a little bit different when we play Carlsbad…there is a lot of tension” included junior and team captain Sadie Holdaway. Ever since Sage Creek opened in 2013, there has always been some competitiveness between the two sister schools and the Bobcat ladies have been incredibly determined to take down their cross town rivals.

When playing Carlsbad, “the mood [of the team] used to change a lot…but this year [the team was] not worried,” senior Jasmine Felix-Chan, a varsity player expressed.

The Bobcats took home a third win against the Lancers this season.“I am really proud…last year we could not beat [Carlsbad], but this year has really been an improvement since then,” Holdaway said.

Although this win was one of the girls’ intentions, they still have their eyes on the California Interscholastic Federation (CIF) is the major state sports competition for high school teams and. Sage Creek’s tennis team has qualified this year. Holdaway addressed CIFs, stating that the “goal is to hopefully be able to win division 3…and then…move onto division 2 next year.”

Congratulations to the lady bobcats on the triumph against Carlsbad High, and best of luck in CIF.