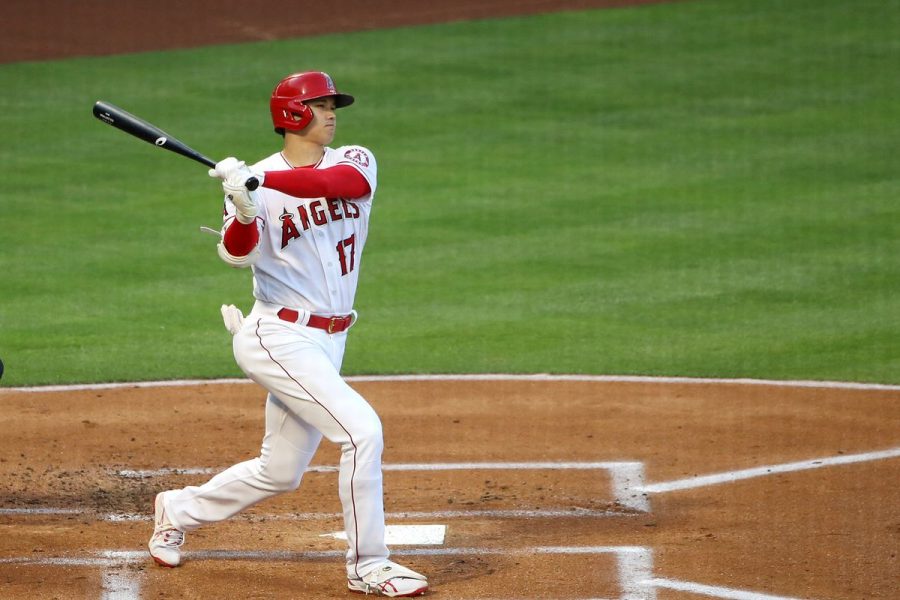 Throughout 2021 Ohtani has been one of the top hitters in the entire MLB. Ohtani currently (at the time of publication) has 44 home runs and 93 RBIs.

It’s all Shohei Ohtani in 2021 as most headlines read his name. A Japanese-born ballplayer currently has hit 44 home runs, while also holding an 8-1 record and 3.00 Earned Run Average (ERA) as a starting pitcher, hitting 100 mph on his fastball. The baseball world has jumped on the Ohtani bandwagon and rightfully so. It’s Ohtani’s world and we’re just living in it.

Shohei Ohtani started his career in the Nippon Professional Baseball (NPB) league in which he played from 2013 to 2017. Throughout his time playing professional baseball in Japan, he stood out among the competition.

Ohtani posted a 2.52 ERA and 48 home runs while winning the NPB MVP award and 5x All-Star team nominations. At 25 years old, Ohtani was subject to international signing rules, as all 30 MLB teams could now afford to go after Ohtani.

On December 8, 2017, Ohtani agreed to a deal with the Los Angeles Angels and the NPB phenom was determined to make his mark on Major League Baseball.

The hype was deserving as Ohtani showed his abilities in his rookie season as he crushed 22 home runs and had a 3.31 ERA. In a close race for Rookie of the Year, Ohtani came out on top over Yankees’ third baseman, Miguel Andujar.

Injuries cost Ohtani in his next two seasons, as he didn’t step on the mound in 2019 and pitched only 1.2 innings in 2020. Ohtani’s hitting numbers maintained over these years following his Rookie of the Year season, although his Hall of Fame potential came to fruition in 2021.

Ohtani burst into the scene and throughout the year, he has led the league in home runs. Fully recovered from his injuries, he was able to join the Angels’ pitching staff.

Ohtani represented the American League All-Star team in 2021, his first All-Star of his career, where he was the starting pitcher and leadoff hitter.

A pitcher who can hit has been seen in the past, but the league-leading numbers for both hitting and pitching have set Ohtani apart.

Sage Creek sophomore, Claire Duffy, an avid Ohtani fan, explained how Ohtani has already left a major influence on baseball and his home country of Japan.

“He gave the fans someone to root for because he has so much love for baseball. He enjoys the sport and you can really see that through his playing. Duffy said of Ohtani. “He also gave Japanese fans a player that they could relate to. He has shown pure joy and love for playing the sport.”

Ohtani is on his way to being a baseball great, with his first MVP award likely in his future, he could possibly become the greatest to ever play the game.