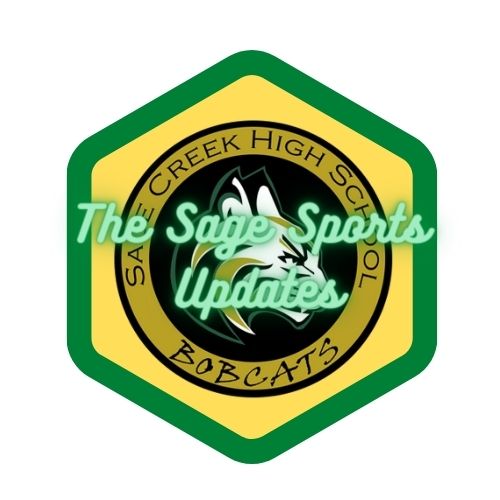 The Girls had a 1-0 Win in penalties vs Santana High School during the first round of the CIF San Diego Section 2021 Girls’ Soccer Championships. Sarah Cobb, the Goalkeeper earned Player of the Game with her 2 saves during the penalty shootout to help secure the win. In the Quarterfinal matchup, the girls took a 3-2 Win vs Mira Mesa. Goals from Bella Lorenzen, Lily O’Grady, and Kira Carney helped the girls come out victorious in this close game. After a massive win against Central High School 6-0 in the semifinal, the girls officially have moved onto the finals. The scoring came from Rylie McLaren, Lily O’Grady, Kira Carney, and Ava Schlegel. Brooklyn Gold also had a strong performance in defense. The final will be against La Jolla High School this Saturday.

Last week, Varisty baseball completed a 3-2 series win vs CCA. The offense throughout the series came from Nate Brasher who recorded 2 hits, 1 HR, and scored 4 runs, Luke Caruso had 4 hits, and Aaron Delgrande added another HR to his season total. The pitching was headlined by Sam Ginn who had the game 2 win, Matt Stelle with the game 3 win, and Owen Miller earning a save in game 2. The Bobcats then added another win against Scripps Ranch, with a score of 3-2. Aaron Delgrande had a home run and triple with Sam Ginn earning the win after pitching 5 strong innings. Their win streak increased to four after winning their next and most recent game against Otay Ranch with a score of 6-4. Connor Blough had a home run, 2 RBIs, Delgrande also tripled and had an RBI. The boys currently hold a 5-3 record with the final series of the season coming up against rivals, Carlsbad High School starting this Friday.

Wed. 5/19: The first-round matchup vs LCC left many spectators in disbelief as Ben Trask scored the final minute penalty to send the game into extra time. The game came to penalties as after a long intense shootout, the Bobcats won 12-11. Jack Weiner scored the winning penalty with Sam Ginn having multiple impressive saves to keep them in it.
Sat. 5/22: The boys dropped a tough game against Valhalla High School, 5-0 in the semifinal game. Ending their season.
Congrats boys on a remarkable season with the circumstances that you’ve had to endure.

Boys Varsity soccer ended their season on Wednesday with a win against Mission Vista, 3-1. The scoring came from Jack Wiener who also had an assist, Ben Trask, and Daniel Lehman. Ryan Wiener and Kyle Sherrer also had assisted. The boys finished with a 6-1-1 record and 1st in Avocado East. Congrats on becoming league champs and good luck in playoffs!

Varsity Baseball finished out their final two games against Torrey Pines in their second series of the season. The Bobcats dropped their first game 5-3, Erik Larsen went 3-4 for the offense. Sophomore, Luke Caruso threw 2 scoreless innings in the 5th and 6th inning with 3 ks and only 1 hit given up. Friday, Petco Park was the stage for the second matchup between the two teams. The Bobcats lost 7-2 in Downtown, SD. Collin Johnson threw 2 2/3 innings, he gave up 3 hits, 3 ER, 4 BB. After loading the bases in the first inning, Johnson struck out 6 straight to end his outing on a positive note. Nate Brasher and Aaron DelGrande both tripled with Connor Blough, Erik Larsen, Luke Caruso, and Colby Kiesling all recording a hit. The final game in the series finally went in favor of Sage as they won 8-6. Matthew Stelle pitched 4 innings, 2 ER, 2 K, 3 BB. Christian Hope pitched 1.2 innings to pick up the save. DelGrande doubled and hit the big 3 run homerun. Bobcats had a 7 run 3rd inning and added another run in the top of the 7th. The Bobcats sit at a 3-3 record and are set to play Canyon Crest Academy next for a 3 game series. 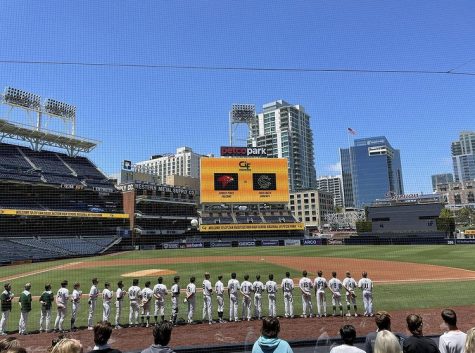 Friday, Girls Varsity Soccer took the win over RBV with a score of 2-1. Meghan Swiatlowski scored a goal and Rylie McLaren scored a goal and had an assist. Samatha Brickerstaff also had an assist. This win pushes the Girls to a 5-1-1 league record and has moved to first in the Avocado East Division. As the season comes to an end soon, the Bobcats look to keep this record and secure a league title.

On Friday, Boys Varsity Soccer kept rolling with another close win against RBV with a score of 2-1. Ryan Wiener and Ben Trask both scored while Hayden Logan had an assist. Defender, Sage Janisse was awarded Player of the Game per MaxPreps. Seniors were also honored before the game, congrats to them for their dedication to the program.  This win put the Boys at a 5-1-1 record as they inch even closer to clinching a league title with the final week of games is next week.

On Thursday’s home match against Mission Hills, Varsity tennis took the win 9-8. They became league champions after this win. Seniors, Justin, Owen, Jackie, Grace, and Claire were also honored Thursday. Congrats to those seniors on their dedication and congrats to the entire team for securing a championship during this unique season.

Wednesday, girl Varsity Soccer dominated their opponents, Vista High School in a rout of 10-0. Senior Night was also Wednesday as the only senior on the team, Jazlyn Aguayo was honored. Aguayo committed to play 4 straight years for Sage Creek’s girls’ soccer program and also scored a goal during the game. The other scorers included 3 from Rylie McLaren, 2 from Camryn Gold, and the rest from Lily O’Grady, Bella Lorenzen, Annabelle Allison, and Brooklyn Gold. The girls sit at a 4-1-1 record, placing them in second place in their division with the regular season coming to a close in the coming weeks. They play at RBV Friday.

Boys soccer continues to roll on with playoffs ahead. Friday, the boys took the win against Oceanside High School 2-0 as Roman Dibaccio earned player of the game per MaxPreps. Monday they took another win against Vista High School with a score of 3-2. Ben Trask scored 2 and Ryan Wiener scored one. The boys currently hold a 4-1 league record as they inch closer to a league championship and the start of CIF playoffs.

Varsity baseball took game 2 against LCC by a score of 3-2. Collin Johnson pitched 4 innings, Erik Larson pitched 2, and Jackson Friend closed the game out and earned the save. The offense came from Colby Kiesling who had a triple, single, and 1 RBI. Nate Brasher doubled, singled, and also had 1 RBI. Ethan Santana also doubled in the win. The Boys look for the sweep of LCC with game 3 of the series on Monday.

Boys Varsity Basketball took both games against Mission Vista on Friday and Saturday with scores of 98-71 and 79-47. You can refer to MaxPreps.com for a more in-depth analysis of these 2 games. The boys look to maintain their strong start where they match up against Canyon Crest Academy at the end of this week.

The Boys played their first league game of the season Thursday against Carlsbad High School and lost 3 sets to 1. They rebounded and won their second game on Friday, 3-0 in sets. After a very impressive non-league stretch of games, Boys Varsity Volleyball sits at an even 1-1 record to start the season. Later this week they go up against Torrey Pines.

Friday, Girls Varsity Soccer took a 3-0 win vs Oceanside High School. Lily O’Grady scored two and Rylie Mclaren scored one. Meghan Swiatlowski earned player of the game per Maxpreps. The Girls now hold a 3-1-1 league record going into the final stretch of the regular season with games against Vista on Wednesday and RBV on Friday.

Wednesday marked Opening Day for the Bobcats this year as they started off hot in their first league game by beating LCC 7-4. Jet Crews started the game by throwing 6 strong innings and Jackson Friend closed the game, 3 up 3 down all by strikeout. The offense came from Connor Blough with 2 Homeruns and 4 RBIs and a 2 hit day by Ethan Santana. The boys look to increase their 1-0 league record as the series continues with LCC next Saturday and Monday and then another 3 game series against Torrey Pines including one game at Petco Park in downtown San Diego, home of the San Diego Padres.

Sage Creek’s girl’s golf team won their match on Wednesday with a final score of 227-240 over Torrey Pines. This marked the first-ever victory over Torrey Pines in golf for both girls and boys.

Girls Soccer took an impressive win versus Vista by winning 4-0. Emily Nelson scored two while Mikaela Marr and Samantha Brickerstaff scored the other two. The girls now hold a 2-1-1 record going into Friday’s upcoming game against Oceanside at home.

At home, the Boy’s Varsity Basketball team took down San Pasqual in a very dominant performance with a final score of 83-36. Junior Vishal Jayanthi led the charge with 25 points. The team dropped their next game to LCC in a close game with a final score of 78-68 with a win for LCC. The Bobcats currently hold a 5-5 record with only non-league games played. They will start their first league games against Mission Vista on Friday and Saturday.

The Boys Lacross team dominated their Saturday game versus Rancho Buena Vista High School with a score of 11-5. Cayden Gutches scored a total of six goals in the game. Cole Maston scored two and Alex Lockheimer, Tyler Soukup, and Mikey Shryock all had one. The boys hold a 1-1 record going into league games against Point Loma and Mt. Carmel.

Boys Soccer took the win versus Mission Vista Friday with a score of 2-1, making their league record 2-1 to start the year. Goals were scored by Hayden Logan and Ben Trask with Andy Aldecoa being awarded player of the game per MaxPreps. Sage Creek looks to capitalize on a draw versus Oceanside, as the two schools will go head to head once next Friday.

Boys Volleyball took the win once again on Friday against Francis Parker by winning 3-1 in sets. The lead hitter with 23 kills was Campbell Gerdeman and Braeden Ferrone led the defense with 24 Digs. The Boys are currently undefeated this season with an 11-0 record. Their impressive season will look to continue as they face Carlsbad High School for the first time in five years this Thursday and CCA on Friday, both are league matches.

Sage Creek swim took home 3rd place at Friday’s CIF Championship Final. Boys’ swim came in first in the 200 Free Relay and other records were set by members of the team. The team is happy to end a unique season on a high note with 3rd place in CIF and 1st in the region.

Girls Varsity Soccer also took on Mission Vista Friday in a hard-fought game as the two sides finished in a 3-3 tie. The goals were scored by Kira Carney, Annabelle Allison, and Rylie Mclaren. They will look to better their 1-1-1 league record with games on Monday vs Vista and Friday vs Oceanside.