What’s Going on in the MLB? Signing, Trades, and News

Many teams have made minor additions, others trading for some of the game’s top players, and other teams not lifting a finger. 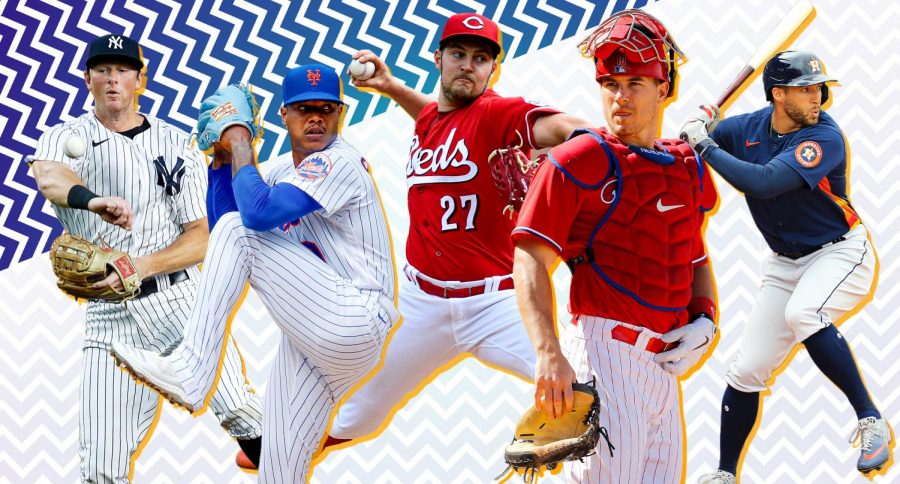 Some of the biggest names in baseball have become free agents during the 2020-2021 MLB offseason. The players pictured include DJ Lemahieu, Marcus Stroman, Trevor, Bauer, JT Realmuto, and George Springer.

The 2020-2021 MLB offseason has brought many transactions, keeping the baseball world on edge but failing to see where big-name free agents will play during the 2021 season. Many teams have made minor additions, others have made trades for some of the game’s top players, and other teams haven’t lifted a finger. The commotion has continued as after a shortened 2020 season and restrictions due to COVID-19, officials hope to make improvements and start the 2021 season on time with fans in attendance.

Season News: Despite the current COVID-19 numbers, “MLB and the MLBPA have each announced their intentions to stick to the CBA and provide regularly-scheduled kick-offs for spring training and opening day.” (MLB Trade Rumors). Anything could change with a surge in cases or a breakout, but the baseball community will remain hopeful. Currently, allowing fans in attendance at ballparks is undetermined. The MLB will most likely begin with a limited capacity and work their way up from there. Also, seven-inning doubleheaders and the extra-innings rule that places a runner on second base to begin each frame could make a return in 2021. The Field of Dreams game between the Yankees and White Sox was moved to August 12, 2021, after being postponed last year.

Trades: Despite starting off very slow, this year’s offseason has recently heated up. The San Diego Padres have been one of the biggest stories of the offseason as they have traded four starting pitchers: Yu Darvish, Blake Snell, and Joe Musgrove. With an already solid rotation, the Padres have transformed their team into a World Series favorite. The New York Mets traded for one of the top Shortstops in the last few years, Francisco Lindor, and starter, Carlos Carrasco from the Cleveland Indians. The White Sox also landed top starter, Lance Lynn from the Texas Ranger, in exchange for young starter, Dane Dunning. Other mild trades occurred including SP Jameson Taillon to the Yankees, 1B Josh Bell to the Nationals, RP Raisel Iglesias and SS Jose Iglesias to the Angels, and Nate Lowe to the Rangers.

Signings: So far in the offseason, some of the biggest names on the market (Trevor Bauer, Marcell Ozuna, and JT Realmuto) still remain free agents. Although, many players have been signed. The New York Yankees made a splash after a slow start when finally re-signing second-basemen DJ Lemahieu and the same day signing starter Corey Kluber. Another AL East team caused a commotion in the FA market as the Toronto Blue Jays signed all-stars RP Kirby Yates and OF George Springer. Top closer, Liam Hendriks, also signed with the Chicago White Sox. Other signings include OF Robbie Grossman to the Tigers, SS Ha-Seoung Kim to the Padres, RP Tommy Kahnle to the Dodgers, OF Hunter Renfroe to the Red Sox, C James Mccann to the Mets, OF David Dahl to the Rangers, OF Adam Eaton to the White Sox, 1B Carlos Santana to the Royals, RP Trevor May to the Mets, SP Mike Minor to the Royals, SP Charlie Morton to the Braves, SP Drew Smyly to the Braves, SP Robbie Ray staying with Blue Jays, RP Archie Bradley to the Phillies, SP Jon Lester to the Nationals, and Michael Brantley staying with the Astros.