Oil Drilling in the Arctic Endangers Us All 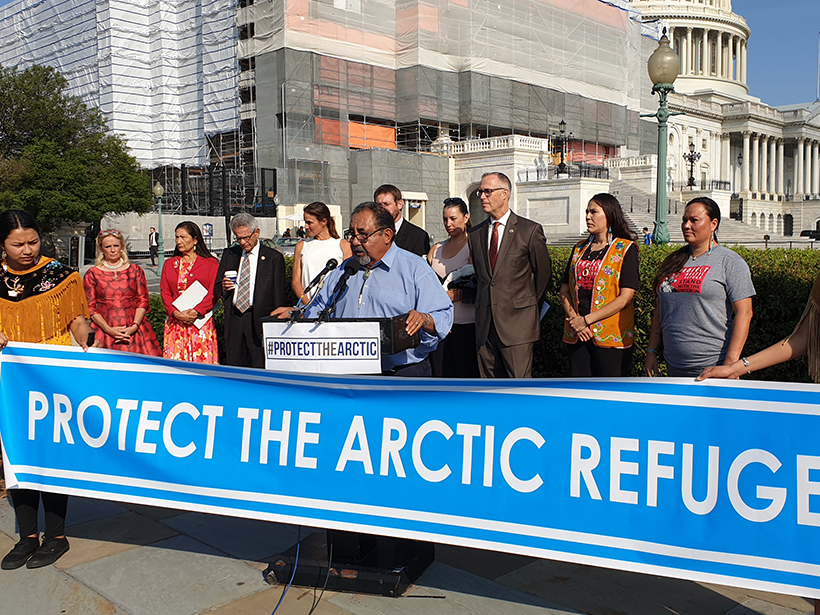 Members of Congress and members of the Gwich’in stand in solidarity against oil drilling in the Arctic Wildlife Refuge.

The Trump Administration stated this week that they will be selling leases to land in the Arctic Wildlife Refuge for oil drilling. This would be the first time in history that the land will be open to extraction since it was set aside as a conservation unit by President Eisenhower in 1960.

The Refuge is the only conservation range that includes an entire Arctic ecosystem. This ecological area sustains an array of flora and fauna and is home to many unique species.

Drilling in this pristine area would be detrimental not only to those who live there but would also devastate living beings across the nation and the globe.