Influence of TikTok on Our Generation 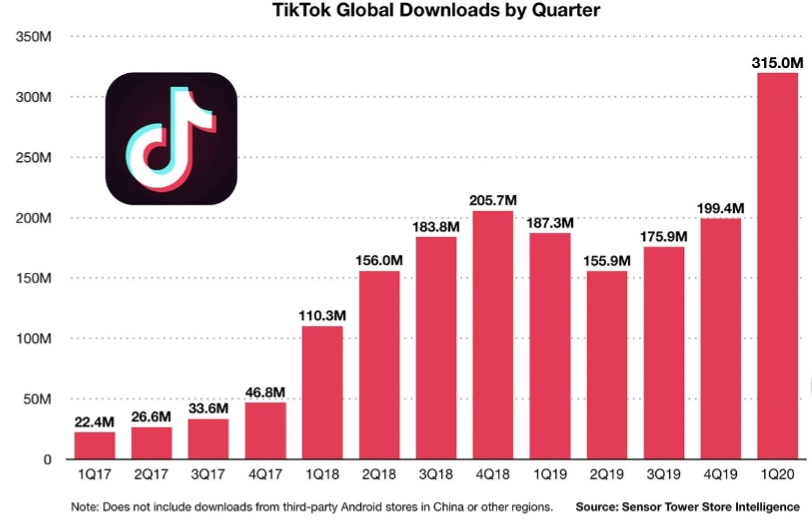 The most successful app in the world, Tik Tok, has become a big influence for today’s youth generation, also known as gen-Z. The popular app became a place where people can share creativity, beliefs, and opinions. Tik Tok helps normal people gain popularity and love from their followers. Tik Tok is not the only app where teenage girls and boys dance to a trending song but also the app that influences and changes people.

There are many examples of when TikTok leads to change in people’s lives. Nathan Apodaca, also known as Dogface, was homeless and lived in a trailer with no running water or electricity and worked at a potato plant for several years. On September 25th, 2020, he posted a TikTok video of him riding a skateboard and drinking Ocean Spray cranberry juice to the Fleetwood Mac song “Dreams.” Now, Apodaca can pay for his bills by selling his merchandise and he has a Nissan truck that was given to him by Ocean Spray. In May 2019, TikTok Ariel Storm aka Ariel McCurdy got a text from her follower. Her follower was Cory Maccurdy who is a US marine. From texting on TikTok to dating, the two are currently married and living happily together. Those stories show how TikTok can lead to something more than hype. Junior Brooklyn Branson is an amazing example of that.

Branson (TikTok @just2bfunny) blossoms with her creativity and bringing some positivity to TikTok. She started to film some comedic TikToks in the middle of 2019. Later when she saw that her TikTok blew up, she started to film more. Branson believed that TikTok became not the only place where you could spend some time and laugh.

“I feel like it’s a great platform for so many reasons like activism, spreading awareness, and just to laugh,” Branson said. The app has done so much for so many different people and it has become a big part of my life.”

TikTok brings a lot of important aspects to teen’s lives. It creates special platforms where people could express themselves and bring out important messages to the mass media.

“TikTok has been a large platform for spreading awareness and activism and I think it contributed to this generation as a whole, Branson said.“I think it’s helped us break out of our bubbles in a way because lots of people tend to be shamed by their environments. TikTok can help you out of that bubble as you are exposed to different aspects of life and different things as people use that app to reach out about different organizations. It helps stimulate our generation to step out of our comfort zone and educate ourselves on different things that TikTok set us off to find out.”

Today’s young generation is really progressive because of the many different ways to communicate and to connect with something new, however, there is also a toxic side to TikTok.

“There are definitely aspects of TikTok that do feel into the toxic mindsets like with body positivity because there are a lot of people who have created such an enormous platform purely because they cater to the beauty standards of the general public which in these days are skinny white people and they have just all these followers clearly because they fit the description of what people in society thins as beautiful which I think is very harmful to a lot of people,” said Branson.

Nonetheless, there are a bunch of figures on the app that cover up the toxicity and bring up some good points.

“There are also people who are combating and breaking down beauty standards. You see all these different body types on TikTok who are so confident in themself, they’re owning themselves. As if they are the beauty standard for society and it’s amazing and it’s encouraging for lots of people.”

TikTok impacted many user’s life including Branson, “I want to become a filmmaker when I’m older and I think that TikTok has become a great way for me to help me maintain my love for just making videos.”

“I felt loved because I have created a small platform for myself where I have a handful of followers who actually like what I do and they always come through on my post. There was a phase where I used to post to try to become viral, but then eventually I stopped caring and I just posted whatever I wanted despite how many views or anything. It just became fun to post regardless and through that, I still maintained just a small handful of followers. I’ve made friends through the app because of it.”

From Branson’s perspective, it seems like TikTok is an extraordinary place where people can learn a lot, create a lot, and find some sort of comfort.