The Legacy #MeToo and #TimesUp Left on Hollywood 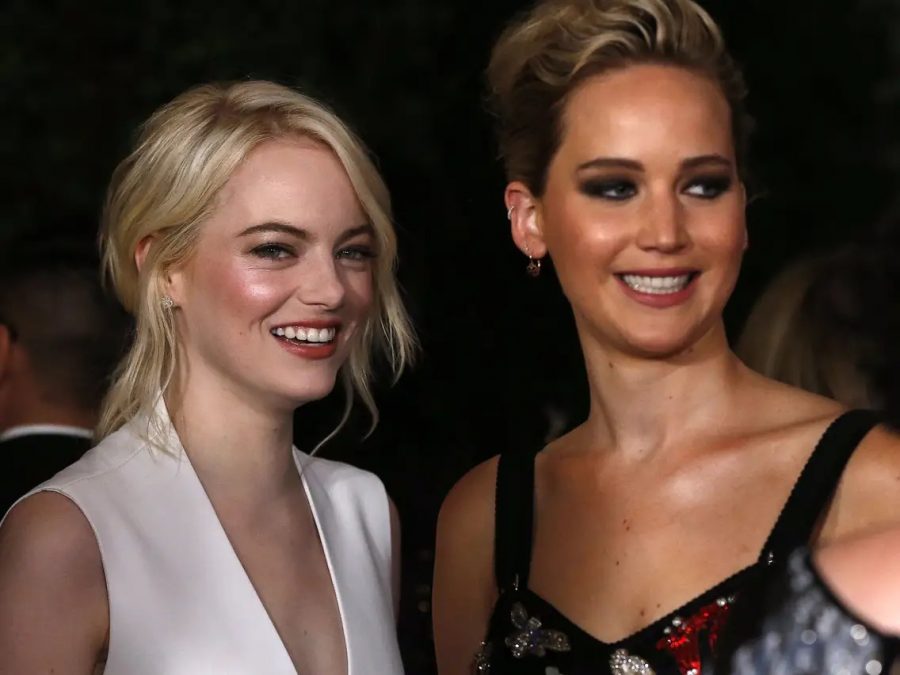 Emma Stone and Jennifer Lawerence play a crucial role in both the #MeToo and #TimesUp movements. These famous Hollywood actresses were some of the first to come forward about their experiences with sexual harassment/assualt in the entertainment industry.

Now that the film awards season is just around the corner, many actors are apprehensive to see if their character work has paid off. Let’s reflect on how the #MeToo and #TimesUp movements have changed Hollywood for the better.

In 2006, Tamara Burke was working with her organization “Just Be Inc.” to help young women who were victims of sexual harassment or assault. She got online messages applauding Burke for the work she was doing. Burke coined the term “Me Too” for women who were sexual abuse victims.

Over a decade later, actress Alyssa Milano came across Burke’s uniting slang term. On October 15th, in 2017, Milano tweeted, “If you’ve been sexually harassed or assaulted, reply “me too” as a reply to this tweet.” In just one day, 4.7 million people used the hashtag in 12 million posts. This was only the beginning.

Harvey Weinstein was the cofounder of Miramax, an incredibly successful independent film industry. He was “once at the very top of Hollywood”. With the #MeToo movement, women felt empowered enough to come forward and speak against Weinstein’s inappropriate behavior.

His career was slammed when a staggering 85 women came forward with allegations ranging from sexual advantages to rape. While Weinstein denied said allegations, he was ultimately jailed for 23 years when found guilty of first-degree sexual assault and third-degree rape. This was a monumental achievement, but Hollywood actors were nowhere near done when it came to equal the playing field.

The #TimesUp movement was heavily influenced by the #MeToo movement and took off in 2018. Women in the acting industry created it with the goal of creating a safe and equal environment in the workplace. “[It’s about] putting the shame back where it belongs… with the perpetrator,” Ashley Judd says when talking about how women are silenced and shamed when speaking out against sexual harassment.

For the 2018 Golden Globes, women wore black to protest abuse in Hollywood. Reese Witherspoon also pushed out “Times Up” pins for both women and men to wear on the red carpet. These pins were available online ahead of time as all proceeds would go to the #TimesUp movement.

An army of Hollywood’s finest and most well-regarded actresses began to speak up and push for change. Among them were Emma Stone, Jennifer Lawerence, Reese Witherspoon, Jennifer Hudson, Taylor Swift, and Emma Watson. Watson called out Hollywood’s patriarchal system reminding actors and audiences alike that 98% of Hollywood’s directors are men.

Lawrence told her surviving stories of sexual harassment, especially the nude line-up she was subjected to early in her career. She further expressed the pressures of body image towards women in the industry.

“I was not going to have young girls skipping dinner because they wanted to look like Katniss.” Soon after, Witherspoon created a media company called “Hello Sunshine” with the goal to create strong female leads with substance and agency.

Men courageously stood with their female coworkers. Benedict Cumberbatch declared he would only take a role if his female co-workers were paid the same.

“Equal pay and a place at the table are the central tenets of feminism,” Cumberbatch stated.

John Legend is openly a feminist.

“It doesn’t cost us anything as men, for women to do well…It just makes the world better,” Legend explained.

Among other men’s allyship, this year, David Smith and W. Brad Johnson released their book, “Good Guys: How Men Can Be Allies for Women in the Workplace.”

Pop culture still witnesses echoes from this movement. Taylor Swift released her song, “The Man” which discusses the double standards society holds women to. In her recent music video released Swift dressed up like a man and did all the things men could do freely, yet women would be shamed for doing. She ended the music video using sexist phrases women in the entertainment industry have been hearing for decades.

“Could you do the whole thing again, but this time, be more sexy… maybe more likeable?” Swift boldly stated.

Even with the global pandemic halting the film industry, many are optimistic that this equal treatment is here to stay. Actress and singer Jennifer Hudson believe this overdue change will continue.