Do We Have The Next Revolutionary Video Game Among Us? 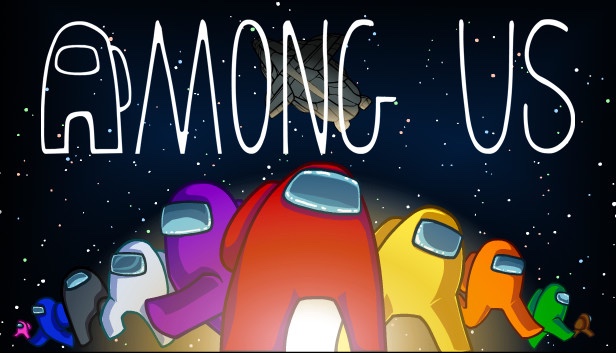 In 2018, the video game “Among US” was initially released by game developer, InnerSloth. In September, the popularity of “Among Us” increased drastically with over 100 million downloads worldwide.

In June 2018, game developer InnerSloth released the murder-mystery video game, “Among Us”. “Among Us” is an online game that is based in a space-themed environment. The game consists of up to 10 players, who are then placed into one of two roles—a crewmate or an imposter.

The crewmates roam around the map performing tasks while the imposter’s objective is to assassinate their fellow crewmates without getting caught. When a body is reported or an emergency meeting is called, players debate and vote out who they believe the imposter is.

Around September of this year, the popularity of “Among Us” drastically increased, transforming from a few hundred downloads into over 100 million on the App Store and gaming platform, Steam.

While “Among Us” only dates back to 2018, it turns out the roots of this style of gameplay has been around in the form of board games since the mid-1980s. “Mafia”, created by Dimitry Davidoff back in 1986, was the first social deduction game, where players use reasoning to uncover the fraud, similar to the hit board game, “Clue”.

In 2014, Andrew Plotkin followed up on Davidoff’s “Mafia” with a supernatural-themed version of the same game called “Ultimate Werewolf”. Over the years, there have been many similar deduction games by other creators such as, “The Resistance” and “Secret Hitler”. However, InnerSloth was the first game developer to take this type of gameplay from the tabletops to computers and phones.

So what exactly caused this startling outbreak now? Did the affordability of the game draw in players or was the thrill of being an imposter too hard to walk away from? Did the constant pop-ups of “Among Us” memes and fan art on social media pages tempt new players to join? Did the chance to interact via an online party game appeal to pandemic-fatigued folks or was it simply the fact that Among Us is a good game? It may be a mix of the whole kit.

“Among Us” only costs five dollars while playing on PC and is free to download on the App Store; it stands as relatively inexpensive as the average video game is typically between 40-50 dollars. The simplicity of “Among Us” also seems to be a huge factor as to why this game is such a hit.

“‘Among Us” the game concept is simple, the user interface is very easy to understand and you don’t need to have any ‘gaming’ skills to succeed at it,” Author Gareth Woods states in the article, “What made ‘Among Us’ the most popular game in the world?”

The imposter element of “Among Us” also seems to be alluring many new players to the game.

“It’s so thrilling, but not in the same way as most games are, a lot of games are thrilling [because of the] animations and graphics, this one simply relies on people having to trust each other and it relies on such a simple thing… paranoia… you’re not scared that something’s going to jump out at you, it’s just the idea that you can’t trust anybody and that anyone in your group could be a liar and the imposter is just so interesting,” sophomore Daryn Smith said.

“Trying to decide who to trust is always tense. Getting away with murder and turning the whole team against an innocent player is always a thrill,” writer for PC Gamer Wes Fenlon states in the article “How Among Us became so wildly popular.”

With social-distancing still prominent and schools comprising of little to no interaction between computer screens, “Among Us” may have brought teens some small semblance of comfort.

“I think [there exists a] kind of stereotype, the adrenaline rush that teenagers will get from hanging out with their friends or doing something crazy. I think when you play ‘Among Us’ and you have this discourse where it’s like everyone’s against each other, everyone’s uncertain. If you’re an imposter then you’re trying your hardest not to get caught. I think that [factor of the game] sort of provides kind of an adrenaline rush that’s hard to come by in most situations that aren’t in-person,” junior Aakash Chintalapati said.

“Among Us” has allowed friends to stay socially distant while still being able to interact with one another in rather large groups. During this unprecedented time, the social aspects of “Among Us” have helped teens connect.

“Getting together to play games like Werewolf in-person isn’t really an option. Right now we’re primed for most of our social interactions to play out over Zoom and voice chats, and Among Us is an easy laugh generator with friends,” Fenlon said.

Not only has this game restored some sort of humor into teens’ daily lives but it’s also helped students acquire social skills. Spanish teacher Aleesha George states she praises the creators of “Among Us” for giving students a way to cope during the pandemic.

“I truly applaud the developers and the whole concept of the game because it is very much something that I think is helping students… develop a lot of skills. It’s communication skills, it’s critical thinking, it’s a process of elimination… it’s a really smart game and perfect [for this] generation too because we kind of need something… that it is helping people stay connected and overcome certain anxieties of talking to people online or people in general,” George said.

“It was a lot of fun especially to see how the students kind of come alive when they play it because it’s such a social game and so with distance learning, we don’t always get to see that side of our students,” George states when playing she played her first round of the game, an invitation from her students.

However, teens aren’t the only ones benefiting from this new triumph. With “Among Us” such a sensation, it’s impossible to open up social media without seeing a meme or a GIF featuring the simple yet cute characters.

“I think it started with just people who liked to play video games but it slowly became more of a pop culture thing in general, it’s kind of brought multiple groups of people together, from people who like to draw will make comics and designs for characters, people who like to write making stories, theorists making theories about the lore behind it, cosplayers and meme lords it all just comes together and brings together so many groups of people and I think that’s really interesting,” Smith said.

Based on its rampant following, it looks like “Among Us” isn’t planning on slowing down anytime soon. InnerSloth announced that they were drafting an “Among Us 2”. However, due to the increase in popularity of the original, they have decided to push back the second game to focus on enhancing the first.

In the future, players can count on seeing an “Among Us 2” while, nevertheless, most players are hoping for a radically enhanced version of the original rather than a merely cosmetic update.

“If they’re coming out with a new game entirely, I’d like to see something revolutionary, so if they’re going to go through the effort of creating a new game I don’t want just like a reskinned version of the old game, I’d like some gameplay changes or maybe even change the base of the game entirely so that it’s not just the same game over again,” Chintalapati states.

Because of its simplicity, social aspects, accessibility and universality, our generation may have the next great game, “Among Us”.