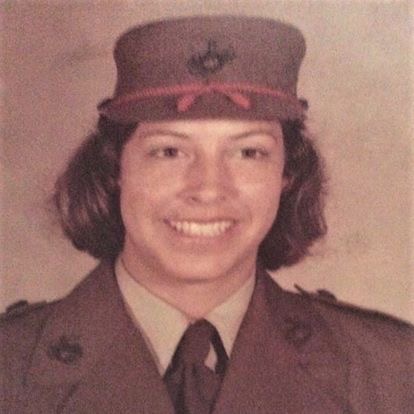 Jaydee Ross poses for a military photo. Ross served from 1976-1980 in the Marine Core.

“I wasn’t interested in going to college,” Ross stated.

She felt there was no way for her to do something meaningful without doing something dramatic.

“I learned how to be independent,” Ross said.

The best experience carries on after the military. Ross would be walking down the street and someone would ask if they were in the Marine Core with her. The military was a rewarding experience in service, and rewarding after service. There is a wonderful community that is created with Veterans.