Election Eve: Millions of votes have been cast, yet the official presidential winner isn’t expected to be known for days 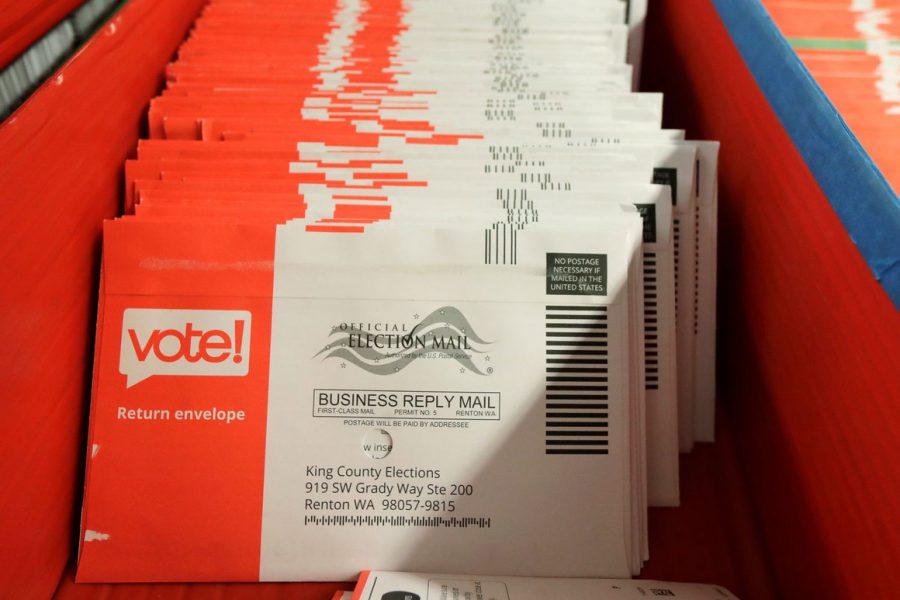 Mail in ballots from Washington wait to be counted. Mail-in voting has increased due to the ongoing COVID-19 pandemic.

November 2, 2020- It is Election Day eve, yet over 91 million votes have already been cast throughout the United States. The 2020 election has been highly anticipated and voter turnout is on its way to becoming historic with the possibility of the highest voter turnout since 1908 according to projections made by the US Elections Project.

Conversation over when the official presidential results will be released has been a common topic in these past weeks leading up to the election. While there is no certainty as to when the winner will be announced, pundits have made predictions regarding when the American people will find out the 2020 oval office holder.

Every state has different rules for when ballot counting can begin, and the six key battleground states all have different guidelines.

Arizona law allows for mail-in votes to be counted up to two weeks ahead of Election Day which gives them a serious head start. Because of this, they should be able to begin releasing their results at 10 p.m. on election night.

Florida results are also expected to be announced in a quick manner. State law allows ballots to be processed weeks before Election Day, and all mail-in ballots must arrive at the voter’s local elections office by tomorrow in order to be counted. This means that the state’s results are expected to come out on election night, but if the vote is close it is possible that the official call will not be released until later in the week.

Michigan is known to be on the slower side when it comes to election results, with widespread mail-in ballots, this key state’s results could be long-awaited. State law allows for ballots to be processed starting today, but ballot counting will not start until tomorrow. Michigan’s official results are expected to be released on Friday.

North Carolina is expected to quickly count their early mail-in ballots and 80% of eligible voters in the state are expected to vote by mail this election cycle. Despite this, mail-in ballots that were postmarked by Election Day will be accepted before Nov. 12 which could draw out the time before a winner is announced.

Pennsylvania is expecting ballot counting to take longer than in previous years. The state will count mail-in ballots that arrive up to three days after the election if they were postmarked on or before Election Day. Different counties have decided to begin counting at different times, some will start the earliest possibly allowed by state law which is 7 a.m.Election Day morning while others have decided not to begin counting absentee ballots until Wednesday. These decisions mean Pennsylvania’s results will likely not be announced until the end of the week which could mean a long wait for the presidential announcement as Pennsylvania is expected to be an extremely tight race.

Wisconsin is yet another state who will not begin counting ballots until tomorrow morning. Despite this the state still expects most of its counties to finish counting by Wednesday morning which means results could be announced prior to the end of the week.

Other states, including California, will release their results in a similar manner but their results will be heavily assumed on election night.

California has historically been a Democratic stronghold and is expected to stay that way in the 2020 election. Because of this, predictions have not been made as to when results may be released. State law allows mail-in ballots postmarked by Election Day to be received and counted up to 17 days after the election so final results will not be known for some time while the official call for Biden or Trump is expected to be released much earlier.

Despite the differences in state rules, ballot counting and result timing are expected to look different across the board. Due to these unique circumstances, the entirety of the nation’s ballots may not be counted until the end of the week, or even later which could delay the winning announcement if the vote is close, keeping the nation and its citizens’ futures unknown for days.