The NFL Postpones Games After Players Test Positive For COVID-19

With NFL players testing positive for COVID-19 and the Titans vs Steelers game being the first in a string of games that have now been rescheduled, some fear the season may be in jeopardy. 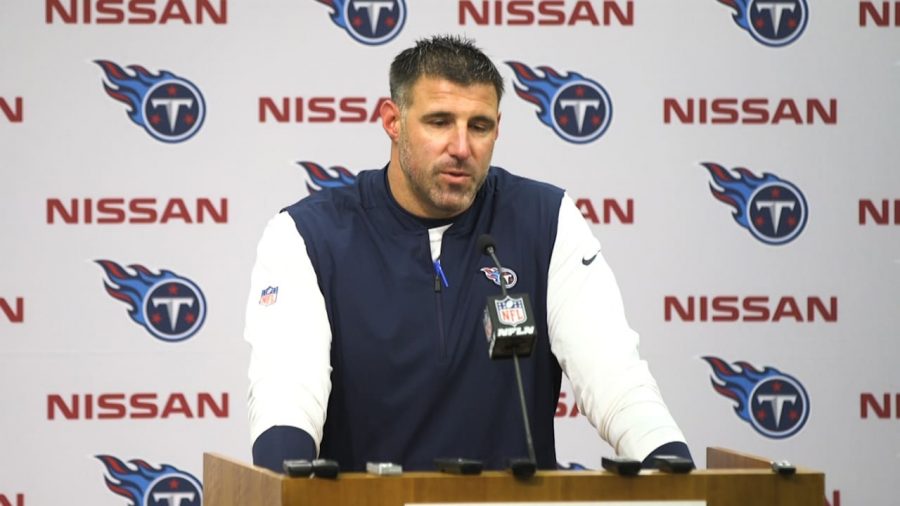 Tennessee Titans head coach, Mike Vrabel is under scrutiny after 23 Titans players and personnel test positive for COVID-19. The NFL has since launched an investigation into how COVID-19 spread throughout the Titans facility.

On Oct. 11, the NFL announced eight games had been postponed because of new COVID-19 outbreaks among Tennessee Titans and New England Patriots players. The change in schedule will affect 11 NFL teams.

The NFL rescheduled the Tennessee Titans vs Pittsburgh Steelers game, after 13 Titans players and 10 Titans personnel tested positive for COVID-19. The league released a statement on Oct. 3, citing the “health and safety of players, team and gameday personnel,” as the primary concern.

The Steelers are one of 11 NFL teams that have been affected by the change in schedule.

“There is disappointment, no question,” Mike Tomlin, Steelers head coach said. “We worked extremely hard for what we thought was an opportunity against [the Tennessee Titans]  in their venue.”

With several Titans players continuing to test positive for COVID-19, the NFL has postponed two of the Titans regular season games.

The NFL has announced plans to investigate how COVID-19 spread throughout the Titans facility. Titans head coach Mike Vrabel has said he will wait to comment until the investigation is complete.

“With all questions that are going to relate to the review, we’ve been completely transparent with the NFL, with the NFLPA, during this entire process, and we’re going to wait for their summary before commenting further on any of those discussions,” Vrabel said in his first press conference since the outbreak.

On Oct. 5, Patriots quarterback Cam Newton and defensive back Stephon Gilmore tested positive for COVID-19, prompting the NFL to close the Patriot facilities until both players tested negative.

The closure of facilities left the Patriots unable to practice in the week leading up to their Sunday morning matchup against the Denver Broncos.

With NFL players testing positive for COVID-19 and the Titans vs Steelers game being the first in a string of games that have now been rescheduled, some fear the season may now be in jeopardy.