Reeves Creates A New Look For “The Batman”, Flawed as a Human, Lovable as a Champion

Reeves Creates a A New Look For “The Batman” Movie 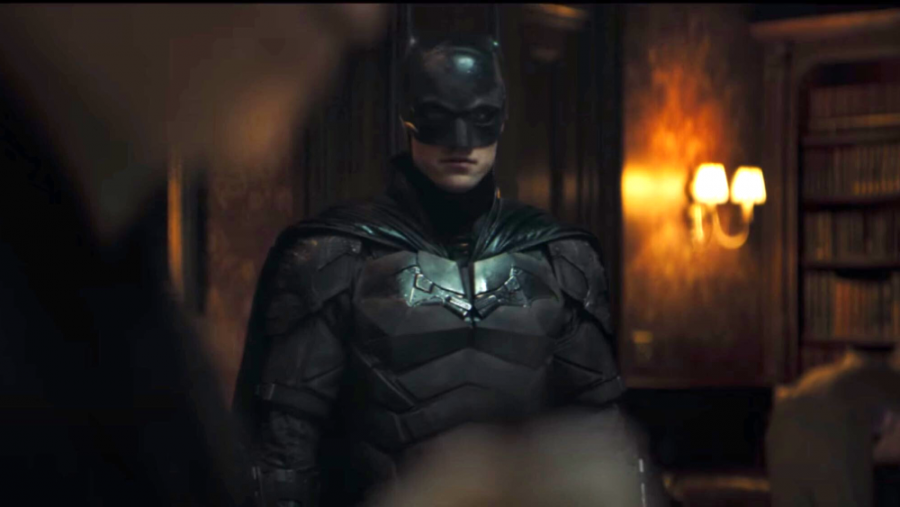 Batman investigating one of the riddler’s crime scenes. As he walked up to commissioner Gordon, Gordon showed Batman a letter, a letter he found attached to the murder victim.

The Caped Crusader has come back, “The Batman” is a one-of-a-kind movie that explains Batman’s flaws, however, that might be his key to victory.

Still, fans were enlightened to see Robert Pattinson and Director, Matt Reeves, explain numerous aspects about the movie on the DC FanDome panel that took place on Aug. 22. At the end of the panel, fans were surprised with a trailer for the new Batman movie.

The trailer shows an iteration of Batman that is completely unique to past versions, yet still iconic enough to be loved by fans.

However, fans were found to be disappointed. It was announced that the movie will be held back for a while. The release date keeps changing.

Still, numerous people continue to be thrilled to see The World’s Greatest Detective be portrayed once again on the big screen. He stands out from all other heroes with his unique character, style, and his moral code.

Many members of the audience can relate to the mistakes he makes and his darker sense of justice. In this iteration, he will not always be able to save the day.

What makes Batman so human is that he will break. He will suffer.

Despite the hardships and evil temptations. The caped crusader still resists to become a criminal himself. He will pass all boundaries except one. His no killing code.

He accepts and rebuilds from those mistakes to save Gotham city from its never-ending crimes. Batman’s one rule makes him one of the most loved superheroes.

Now, fans get the opportunity to see the dark, real, and human version of Batman. But as humans, there’s the choice to continue fighting. Maybe through his dark personality and his mistakes, he will prosper in his own way through finding a purpose to continue fighting and protecting Gotham.

Ramos expects that both Batman’s mental and physical battle with the antagonist will be conquered at the same time throughout the course of the film.

Junior Zane Gertzki, sees it another way, predicting that Batman will solve his mistakes and mental instabilities through his alter ego, the billionaire Bruce Wayne.

Bruce Wayne is Batman’s light side and Batman is Wayne’s dark side, constantly going back and forth.

Everyone has darkness looming inside themselves, just like Batman. In this new version, he might be able to confront his past and use it as a motivation to keep working and keep Gotham safe. The fans will have to see the movie to find out.

Reeves is taking this opportunity to make a movie that has real detective elements, a dark, mysterious, and gothic atmosphere while integrating Batman’s flaws in the narrative. This new and unique iteration has many excited to see and experience this new adventure with “The Batman.” People believe in hope; Batman may resemble a hope fans see inside themselves.