Cyberbullying During Quarantine: Have the Statistics Been Rising? 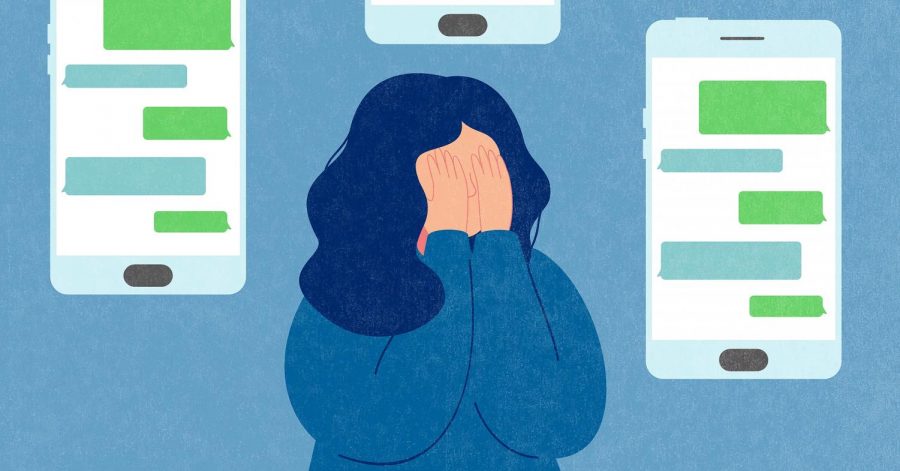 With school cancellations and social distancing orders in place due to COVID, students have turned to social media as a way of connection.

This rise in social media use has led to more negative interactions online than ever before, and most of it is without consequences. Around 90% of highschool students have social media, and of that number, over 30% have reported being victims of cyberbullying. Those were the numbers before social media use increased during quarantine by 20%.

Cyberbullying can range from commenting unkind words, untrue rumors or damaging someone’s reputation all the way to sexting, toxic trends and serious threats. With the bullies able to hide behind a screen, they rarely reap the consequences of their actions or see the hurt they cause. The worst part is, nothing on the internet ever fully disappears and can be immediately accessed by hundreds, to thousands of people once it’s posted.

Assistant-chief at the CPD, Mickey Williams, told reporters that the police force is quick to respond and investigate any reports of online bullying. From a police officer’s perspective, cyberbullying is something that is taken very seriously, especially during quarantine with increased online activity. The CPD works closely with school administrations to make sure that kids feel safe and valued, even while in distance learning.

“With the schools being shut down and kids having to be distanced from each other, online activity is prevalent, so it definitely opens the door for people to make mistakes and do things that are harmful like bullying [online],” Williams said.

The CPD works hard to keep school systems safe and aware of online bullying, but many posts and messages online still go unreported. Over 95% of cyberbullying was meant as a joke and not directed to hurt someone. Sophomore Emily La Puma, believes that this statistic is correct in current school systems.

“I feel like [bullying] is harder to recognize online because you can’t tell if they’re genuinely joking or if they’re actually trying to put them down, whereas in person it’s more direct,” La Puma said.

Although cyberbullying is much harder to recognize than direct bullying, sophomore Ethan Westfall thinks that it is easier to report.

“If you’re the third person watching it happen, you have more of an advantage,” Westfall said. With anonymous tip lines and restrictions by social media corporations, bystanders can report incidents much more efficiently online than they would be able to in person.

Williams mentioned many different ways that people can report bullying while staying safe and not getting involved.

“Cyberbullying can be reported to the police in many different ways,” Williams said. “Anybody who has even a suspicion of bullying can call the police department and report it or can email the PD 24 hours a day and report it. There are also anonymous tip lines through crime stoppers and other avenues to provide information to law enforcement regarding bullying or any other type of illegal activity that students are aware of.”

Cyberbullying is an issue that many students face on a day-to-day basis, but they don’t have to handle it alone. On every school issued Chromebook there is the extension ‘P3 Tips-Report Anonymously’ so every student has a resource to go to without having to put their name out there.

Although social media and technology are great resources to stay connected, updated on information, etc. there are still always dangers out there that young teens should be aware of.