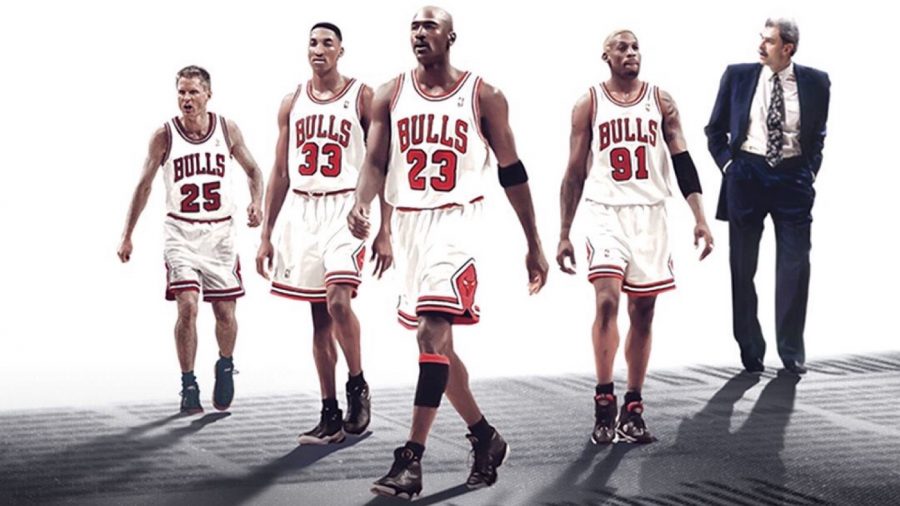 Amidst recent sports cancellations, ESPN’s “The Last Dance” is a must-watch recollection of the triumphs and hardships overcome by the matchless Michael Jordan and the 1997-98 Chicago Bulls that will satisfy the sports world in the meantime.

The drafting of Michael Jordan onto the Chicago Bulls in 1984 was not only a turning point for the team’s reputation itself, but it was the unfolding of a revival for the entire NBA (National Basketball Association) franchise. The stadiums of the Chicago Bulls games began swarmed with overjoyed fans and Jordan was seen as a sports icon around the world.

The series positions a substantial focal point around star player Jordan while setting out to embody the stories of key players Scottie Pippen, Dennis Rodman, John Paxson and Steve Kerr. Interviews with over a hundred individuals who were close to the team and never-before-seen footage is what makes “The Last Dance” so powerfully built.

The documentary spoke of the drawbacks the players had during their childhood as well as during their time playing for the Bulls. This aspect inspires audiences as they discover the untold complications that circulated well-known players like Pippen and Rodman; furthermore, seeing their success that followed years later sparks ambition.

Withal, the series voices the notable influence of altruistic coach Phil Jackson as he steered the Bulls to win the NBA championships six times. Jackson taught the Bulls how to work as one, unlike previous coach Doug Collins who primarily handed the ball to Jordan. Jackson strived to connect with all of his players, even some of the toughest players to coach—like Dennis Rodman.

The complex relationships between teammates, the tear-filled moments of pride, and the overwhelming pressure put upon the Bulls is what makes the series compelling. Revealing to the audience the empathetic human behind resilient players like Jordan after winning the NBA championship is what entitles “The Last Dance” to be a transcendent documentary.