Festival of the Arts 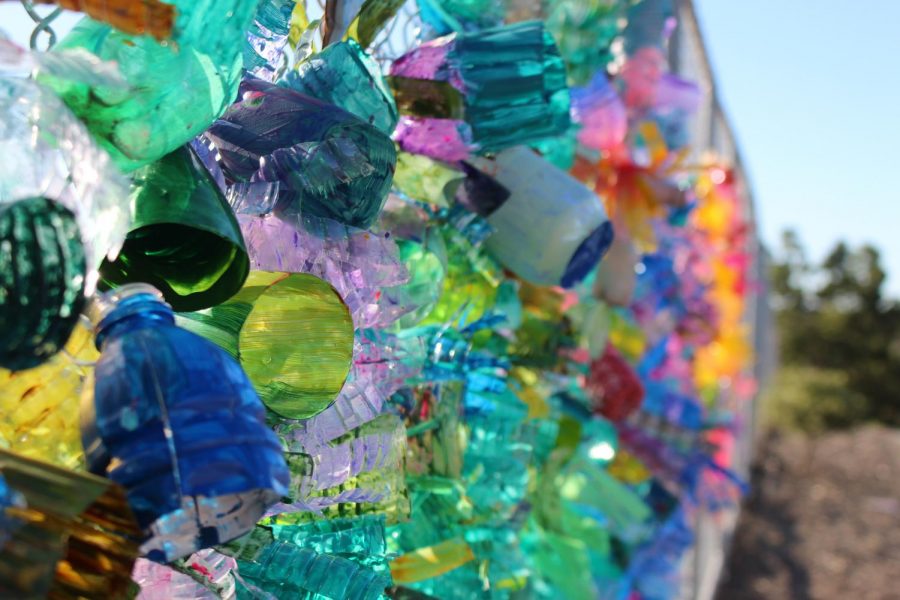 Students have transformed recycled water bottles into the coral instillation outside the 2000s building. They are already decorating for Festival of the Arts.

April 24 is the day the visual and performing arts (VAPA) department has been prepping for since last summer. Starting at 4 p.m. the academic mall will be beautifully transformed and the festival of the arts will begin.

Open to the entire Carlsbad community, the Festival of The Arts is a yearly fundraiser. Students from the entire district can submit their artwork to be showcased at the event which is a farmers market themed this year. VAPA plans on having different vendors from the community come to the school and attendees will receive a canvas bag to shop their stands. The festival promotes all the art programs in the district, with the goal of bringing everyone together. The festival will encompass every artistic elective class including ceramics, photography, music, and more. There will be live performances from theater and dance as well as an art show to promote student work.

The festival started in 2013 and has only continued to grow, with last year being the one biggest yet.

“Last year was the first year we opened it (the festival) up to the entire district,” says photography and art teacher Cathryn Burroughs. “That was just amazing, it went from 100 people to like 400 people.”

The festival’s goal is to bring together students and community members together to appreciate some of the student artists within the district. VAPA encourages all students to submit their art to be shown. Some elective classes have already started preparing for the event. Sage Creek high school’s 3D design class has been crafting handmade bowls for the empty bowls event. These bowls will be sold at the festival and the money will be donated to help the homeless.

“We are the only school in the entire state of California that donates it to third avenue charitable organization, so it’s a pretty big deal,” says Burroughs.

Lots of students are involved with the festival whether it’s creating art to be featured or even helping organize. Senior Kaiah Rivas is the student leader for the 2020 festival of the arts.

“I really like the atmosphere, there’s such a great vibe to it,” said Rivas.

All the VAPA leads encourage everyone to come out to experience the festival and indulge in the hard work that students put forth.