We Must Vote Democratic This 2020 Election. As Young People, Our Future Depends on It. 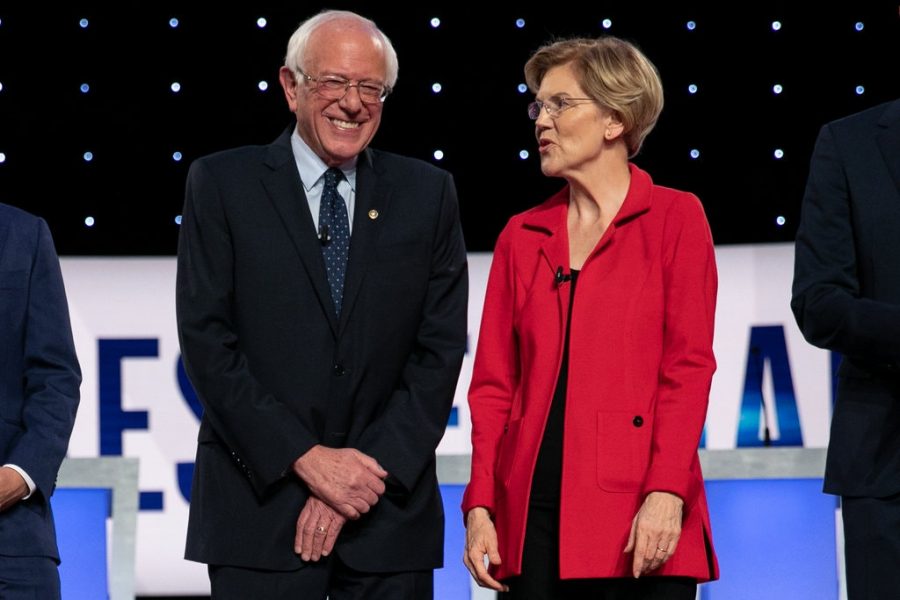 This is a critical time in history and we are quickly approaching times that will determine the quality of our lives in the future. For us in California, these dates are March 3, with the most important date being November 3: when it is all decided. The outcome of this presidential election will determine the course of our future.

As Generation Z, we are staring down an unpredictable path; we are a generation who has grown up in the shadow of gun violence, the reality of crushing debt in our future, and most pressing, the threat of climate change. While we live in the midst of these various overwhelming issues, this upcoming election brings the chance to reform our ways of living start mending these issues and create a better future for us all.

Gun violence is a prevalent issue in America right now; as students who go to school each day, we can’t help but have this epidemic on our mind as we walk through the gate. In 2019, 25 school shootings occurred and 51 people were killed or injured during these incidents (edweek.org). These deaths didn’t need to happen; they were a consequence of the lack of gun reform in our country, and we can reverse this growing trend. We do this with the implementation of gun reform; the federal government has the power to make this necessary change. Bernie Sanders (democratic candidate) has a plan to “Ban the sale and distribution of assault weapons.” So what good does this do? This type of reform has proven to decrease gun violence. Concluded through a study published in the Atlantic: stricter gun laws result in fewer gun deaths, a logical finding. (citylab.com)

We haven’t faced it yet, but student debt is definitely a reality that we are forced to contend with when we think about the future. More than half of the American population believes that student debt is a “major problem” for our country (Politico); as the richest nation in the world, the pursuit of higher education doesn’t need to come with an outrageous price tag. Sanders has “Guaranteed tuition and debt-free public colleges, universities, HBCUs, Minority Serving Institutions and trade-schools to all” in order to address this problem. This would significantly lower the cost of college and allow for more freedom when choosing the right college for oneself. This implementation would open up more opportunities for us as students to attend where we really want to go, with less financial restrictions.

According to the United Nations, “By 2050, with a projected increased global population of 9.6 billion, we would need the equivalent of almost 3 planets worth of resources to sustain our way of living, if our current consumption and production patterns remain the same.”

Last time I checked, we didn’t have access to 3 Earth’s, so that means it’s time to make changes. We have our whole lives ahead of us, but in order to live out our dreams, we must have a livable planet…there is no getting around that. Our current lifestyles are hurdling us toward another “tipping point” of irreversible and catastrophic climate change, which means we need to change course right now. According to NASA: to avoid the worst effects of climate change, we must first reduce and stop the release of greenhouse gases into the atmosphere and subsequently, learn to live with the climate change we have already caused. For this large scale, national and global change we must have federal action. Sanders has “Committed to reducing emissions throughout the world, including providing $200 billion to the Green Climate Fund, rejoining the Paris Agreement, and reasserting the United States’ leadership in the global fight against climate change.” and Warren has This is the kind of movement we need if we seek a quality future on this Earth.

You may ask: What is the Republican plan? There is no plan. The majority denies the existence of climate change, a reality that 97% of scientists conclude is happening. Their plan is to not only do nothing to address this issue, but to exacerbate the problem by increasing emissions. We can’t let this happen. as it will seal our fate, and  It will destroy the Earth.

We must always do our part by taking these issues into our own hands and by making personal changes in our lives that will help solve the countless problems that we have in this nation. But in order to achieve the large-scale, rapid shift we need— which is vital to our future— change must be enacted at the federal level. This change will only come if we seize the day and take full advantage of our Constitutional right to vote. If you’re like me and am not yet old enough to vote, have no fear: We have a responsibility to ensure our future, regardless of our age. Educate yourself on what is going on in government; no matter who you are, it affects you. Use your voice and spread the vision of the candidates whom you know will fight for our future, volunteer, and encourage everyone eligible you know to VOTE.

We must vote far left in order to ensure the quality of our future.