What’s Up With the WiFi?

Here's why your personal device is unable to connect to CUSD WiFi. 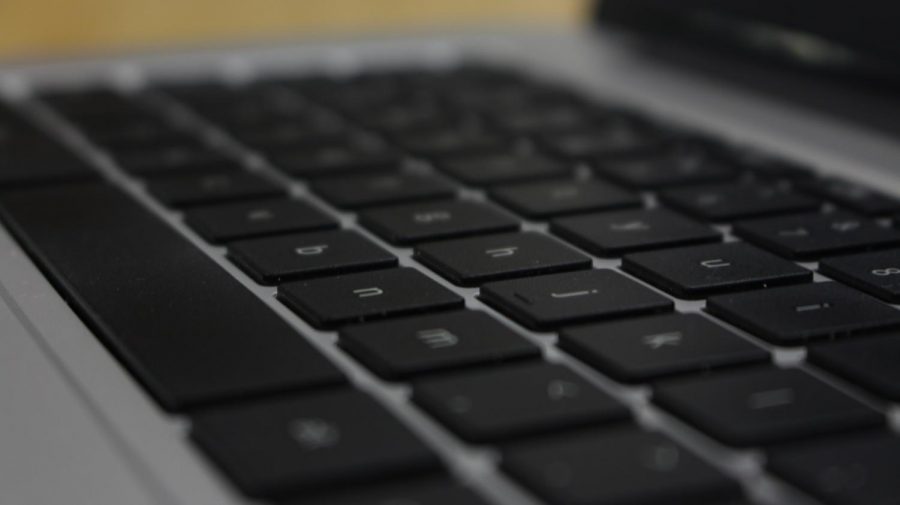 A close up of the school Chromebook’s keyboard. Students gain access to the School WiFi and are expected to bring it every day to do work.

This year, students have been unable to connect their personal devices to the school’s guest WiFi network. The reason for this is a bandwidth issue, which the district hopes to correct by the end of the year. Joseph Hartman, Director of Assessment and Technology for the Carlsbad Unified School District, says that students will be able to access the network once the circuit at all campuses is upgraded.

However, students may not know the reason behind these connection issues. False information and lack thereof has led to rumors and misconstrued facts of the issue at hand within the student body.

“We use our phones a lot, it’s probably just their way to get us out of social media during school, or especially during class time. A lot of students would be on their phones and not listen to the lesson plans,” said Senior Vee Solatorio regarding suspicions regarding why the WiFi service went dark.

Senior Sophia Robinson also provided her perspective of the issue and how she dealt with it.

“My sister and I go to this school so we both have phones. Them shutting off the Wifi caused my dad to [go out and buy] the unlimited data plan so we kind of spent a bit of money to get around it. They should honestly just give it [WiFi] back. It would give us, like, way less of a hassle. People would stop complaining about it,” Robinson added.

“The issue was that there were a few students taking advantage of the Wifi and doing things that ate up a lot of the WiFi bandwidth. So that was affecting other systems in the school and other school-related streaming. And the district made the decision to slow the WiFi down by disallowing students to go on the Wifi with their personal devices,” said Roni Sue Player, Instructional Assistant in Technology at the library.

“The actions which resulted in Guest WiFi being curtailed at the high schools were taken to ensure the CUSD internet connection remained functional for staff and students, not for any punitive reasons,” Hartman said.

This news is sure to be promising to all students, especially those with personal devices which will once again be viable alternatives to the student Chromebooks, and students will gain the opportunity to freely communicate without having to use an extensive amount of their data plan.