Students “Amped” to Compete in Local Battle of the Bands 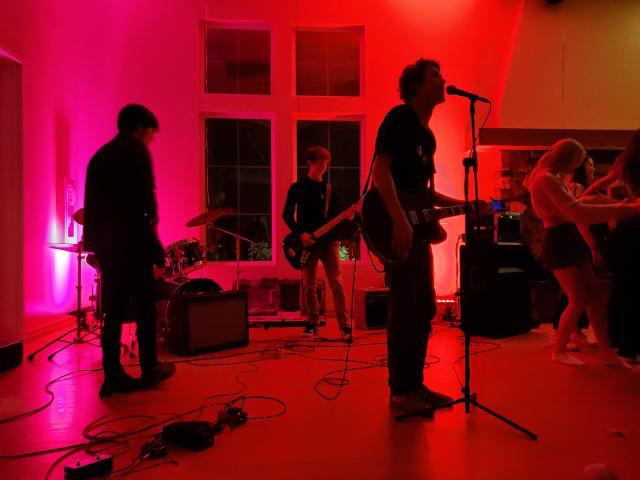 Noah Miles and his band playing in front of a crowd. The band won second place last year at the Amped music festival.

This Saturday, from 7-8 P.M, the Amped music will be taking place at the Pine Community Center

The Amped music festival is a music competition targeted at highschool students who desire to contend against other bands.

Four juniors from Sage Creek: Jackson Gilbert, Max Castro, Noah Miles and Keira Barhoum, will be participating in the Amped music festival with their own groups.

But what is this musical festival known as Amped?

“It’s like a school dance, but with live music. There’s a bunch of high school kids out in the front and everybody is dancing to all the songs; it’s really cool,” Gilbert said.

Tickets are relatively cheap to enter, only $5 at the door, making it no surprise that the event usually brings in a large crowd.

“It was a pretty big event last year, so we’re hoping that we could get at least 200 people here this year,” Gilbert said.

There’s not only live music, there will also be other competitions happening at the Pine Community Center.

Six bands will be playing their best, fighting for the win. But how will these bands be judged?

“Basically, the judging is based on crowd participation, originality, and overall performance,” said Miles.

“It’s gonna be a lot of fun and we have a good shot at winning to represent Sage Creek.”