‘The Rise of Skywalker’ Review 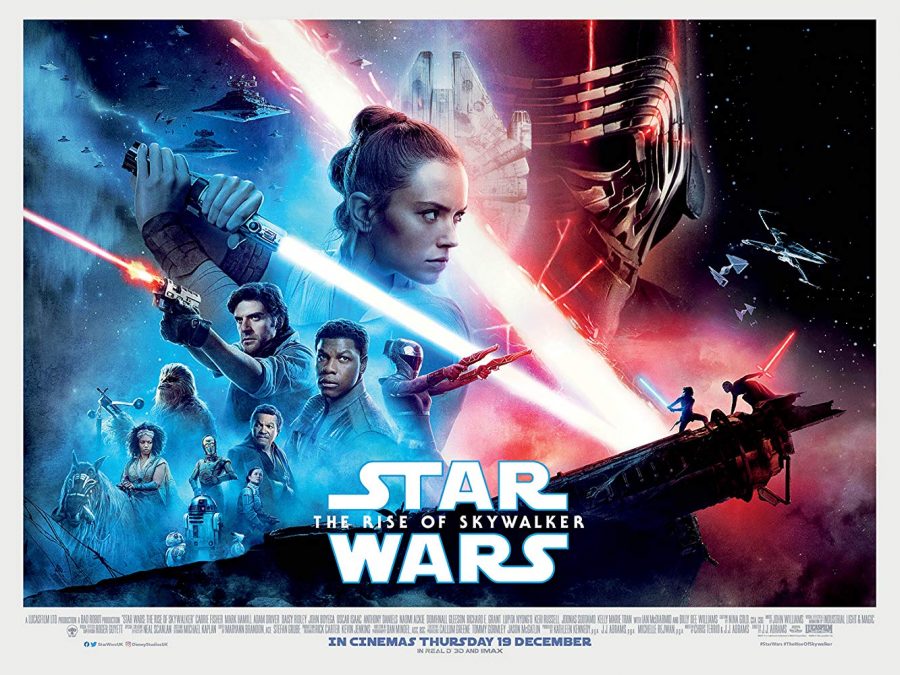 “The Rise of Skywalker” is the ninth installment in the series, which spans 42 years. J.J. Abrams, in addition to “The Force Awakens,” helmed the director chair and is credited in the screenplay.

This article contains no spoilers.

The Rise of Skywalker seeks to ratify its predecessor’s division through an unimaginative plot that retcons much of what The Last Jedi introduced in favor of fan service. As of Thursday night, the goal of pleasing hard-core fans seems fulfilled, with it sporting an audience Rotten Tomatoes score of 87 percent based on over 5,000 reviews.

But the movie’s 57 percent critics’ score is not undeserved. Cheesy messages, corny transitions, and altruistic characters litter the Star Wars canon, yet in The Rise of Skywalker, Ray, Finn, Poe, Kylo Ren, and others are not just cheesy, they’re caricatures of themselves. Their arcs lack the weight and importance seen in the previous two installments, mostly due to a breakneck pace.

Multiple times, continuity is interrupted with jump cuts that seem designed for a YouTube video set on enrapturing the viewer rather than for a movie. The motivation behind multiple edits is a pace increase, like a character’s abrupt jump from standing to sitting. Look at the action scenes, which employ fast cuts, sacrifice scene direction, and inflict whiplash if not viewed passively. Not to mention the laborious second act that recycles the same sequence in different locations, with different characters, focusing on different conflicts that are quickly shelved when the enemy arrives or the hero’s plan goes awry. The Rise of Skywalker fast pace requires it to brush past meaningful character conflict\; and when it chooses to focus on character, cheesier-than-usual lines litter the script and motivations feel one-note or undeserved.

The Rise of Skywalker is not designed to be great. It is designed to appeal and satisfy the majority of fans. Yet as spectacle eclipses story, J.J. Abrams’ gift to fans unremarkably ends an incohesive trilogy. Reaching its ninth installment, the novelty of seeing a Star Wars film is slowly fading save those willing to be whisked quickly along.