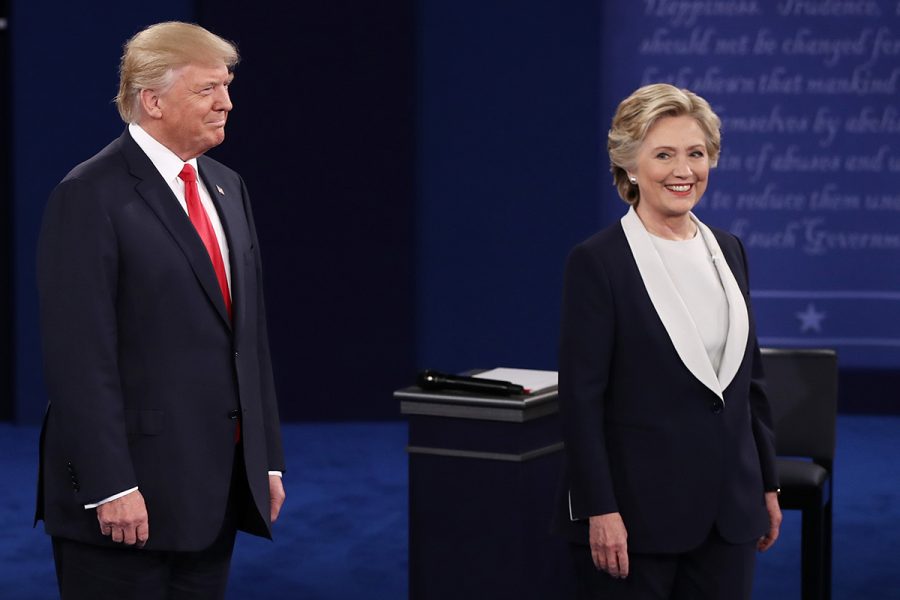 Election years are a lot like a game of Monopoly: they all seem fun initially. Traveling around spending obscene amounts of money in order to buy territory is a blast until the game ends with Uncle Steve being too passionate about his chosen game piece. Painfully long-winded metaphor aside, people have very aggressive opinions on the election year, so I thought I should throw my metaphorical hat into this literal garbage fire.

Let me get this out of the way: I am not pro-Trump. Trump is a walking caricature and a prime example of what happens when you let a joke run on for far too long. On the same note, I am not pro-Hillary. Hillary can be best described as a praying mantis who snatched up a human skin (a la Men In Black) and decided to figure out how to pander to voters. To say I am a fan of Gary Johnson is like being the kid who chooses “or” in a game of “Would You Rather.”

Simply put, I am anti-politics. If you saw my car in the Sage Creek parking lot, I would ask whose car you are looking at because I do not own a car. However, if I did own a car and you were to view it, you would find no bumper stickers for the 2016 election, ironic or otherwise. If I were to pick an ironic stance, I will have to stand behind my boy Barack. Four more years, make FDR proud.

Trump will not make America great again because America was only fairly okay at best to begin with. If Trump is going to make America great, I am absolutely petrified with fear to find out what he thinks is bad about America. He is a walking bag of tropes for what the other nations see us as: loud, racist, misogynistic, absolutely irresponsible, and what you would get if you gave your racist uncle a small loan of a million dollars. But hey, we now live in a world where Trump somehow managed to weasel his orange, bloated sack of skin into the position of Republican nominee- so he clearly has something going for him. I guess it’s hard to be worse than another Bush man-child and a tub of cookie dough we jokingly called the Zodiac Killer for a couple weeks.

Clinton took a nose dive into the uncanny valley some time ago because she quite literally seems like the prime example of someone who would be a part of a secret government organization. The Clintons could have faked the moon landing and I wouldn’t even be surprised at this point. In fact, they would come out and say it if it meant they could get my vote. If you looked up the word “sellout” in the dictionary, a picture of Clinton would appear dabbing on Ellen and the world record for the largest book burning would be broken by a country mile.

This election does not just harm the world at large, however. Classrooms have become a political battleground for arguments, a dystopia in the not-so-distant future where every class is now US Government. Essentially, all 71 minutes include students in red baseball caps frothing at the mouth while the Clinton camp froths at trying to explain her track record of lying to the public she’s trying so desperately to win over.

Students are crying “censorship” when the principal has to stand up to the absolute chaos that is being caused. It’s astonishing that such vitriolic comments come from students who won’t even have the legal right to vote by the time November rears its ugly head. My heart goes out to all of the teachers during these harsh times; stay strong and just know that whatever happens, you have at least one student who just wants to find out what’s going to be on the chemistry test.

I am not trying to shun or shame political activism. In fact, students should be aware of the political world around them. We are the next generation of voters with the ability to shape our nation as a whole. But, there is a very fine line between expressing one’s own political views and using a orange-tinted strawman to spew bigotry and hatred. There is also a fine line between opposing a political figure and censoring support of him. We just need to find that balance before things get more out of hand than they already have.