This article contains some spoilers.

Rian Johnson often dabbles in predicting reactions. “The Last Jedi” proved divisive in his handling of audience expectations, though he phrases it as “pushing [the series] forward.” With “Knives Out,” he continues this philosophy.

As auteur in a genre where plot twists become inevitabilities, Johnson employs his tact for playing with audience expectations with a glee that is seen in every frame of “Knives Out,” a love letter to murder mysteries of old that serves as a memorable addition to famous capers. 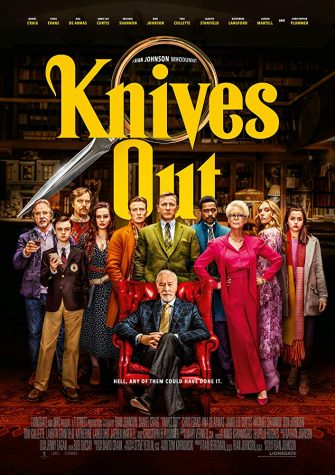 Studded with an all-star cast, Johnson’s script starts as expected: there has been a murder, though nobody yet knows it’s murder. Blood splatter indicates Harlan Thrombey was alone when he slit his neck, but Detective Benoit Blanc—played by Daniel Craig with a lovely southern lilt—suspects foul play. He interviews Thrombey’s family, consisting of performances by Jaime Lee Curtis, Toni Collette and Michael Shannon, among a host of other talented actors, who embody their increasingly-selfish characters with a liveliness that inspires adoration.

The classic interrogation scene—as with the entire movie—serves up red herrings, jokes, characterizations and suspense that keeps you glued to your seat. The mystery genre’s tropes intertwine with expertly-structured scenes: the seamless swap between interviewees; the figure of Blanc lurking in the background, slowly becoming more prominent; and the flashbacks that reveal each Thrombey family member’s true motives.

Marta Cabrera (Ana de Armas) works as Harlan’s nurse, though acts more as a friend, and becomes the first expectation for Johnson to twist. The trailers spotlight the Thrombey family as a whole, and a passing glance at the poster indicates either Blanc, positioned center stage, or Harlan Thrombey, sitting before the detective, to be the main character, yet Marta, who hovers on the edge of the character lineup, is the story’s focus.

Johnson’s second twist of the knife limits the whodunit’s importance and enforces a viewing experience that focuses on character interaction, promoting rewatches as viewers relive Marta’s predicament, the Thrombey family’s squabbling, and the jokes scattered throughout. 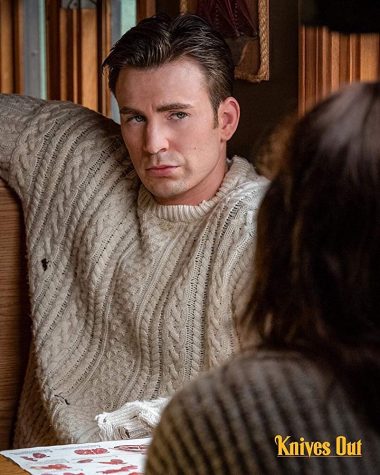 “Knives Out” feels fresh because it toes the line between ordinary and strange. Ordinary narratives rely on story elements that the audience is familiar with, while strange incorporates unfamiliar elements. Yet a movie advertised as a whodunit (contains ordinary elements) that is not a whodunit (strange elements) woul d be received as a bait-and-switch on audience expectations; therein exists the elaborate party that preludes Harlan’s murder, the slumbering-house sequence that tracks the night’s bumps, the observant detective who sits back in their chair and thinks and the conclusion that satisfies the dilemma of a whodunit-less whodunit.

Johnson’s “Knives Out” is a masterclass in storytelling that refines the best of the mystery genre while moving beyond tropes, pushing the genre forward.